Immunomedics, Inc. (NASDAQ:IMMU) shares jumped nearly 26% in Friday’s trading session, following the news that Seattle Genetics (NASDAQ:SGEN) has licensed Immunomedics’ IMMU-132, a Breakthrough Therapy for the treatment of triple negative breast cancer, for an up-front fee of $250 million, plus a stock purchase of $15 million, milestones and fees of up to $1.7 billion and double-digit royalties.

However, Cantor analyst Mara Goldstein remains cautious, noting, “We think clinical success is far from certain given IMMU-132 is being pursued as a treatment for late stage triple negative breast cancer (TNBC), a difficult to treat cancer, and the nature of the earlier trial and the patient population are mitigating factors.”

Cowen analyst Boris Peaker, on the other hand, is taking a more positive stance, viewing the terms of this deal as very favorable given the unprecedented activity IMMU-132 has demonstrated in TNBC, an indication with no approved targeted therapies.

“Two breast cancer KOLs were overwhelmingly positive on the drug’s [IMMU-132] prospects. One expert went as far to say that she was much more excited about this drug in TNBC than any of the immune checkpoint inhibitors. Both consultants liked the TROP-2 target and noted that it was widely expressed in TNBC and wouldn’t necessarily require testing. Both touted the observed activity in the Phase II study and noted that a mPFS of 5+ months in sizable cohort was a 33% improvement over standard of care, a conservative estimate in one expert’s opinion. One consultant was confident that a push for accelerated approval was warranted if these data would held up in the full cohort given the limited therapeutic options for TNBC,” Peaker wrote. 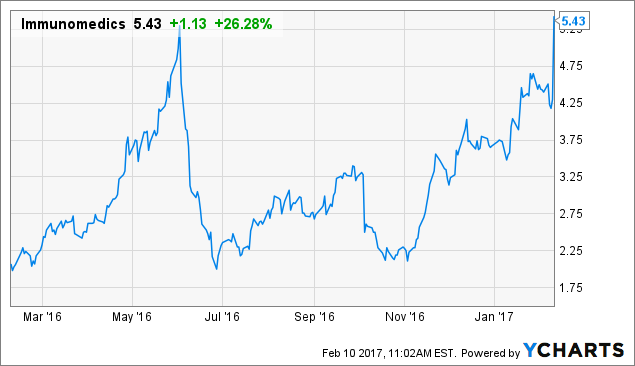 Shares of Ocular Therapeutix Inc (NASDAQ:OCUL) surged nearly 18% during Friday’s trading session, after brokerage firm Cantor initiated bullish coverage on the company. According to the note put out by analyst Elemer Piros, Ocular has been initiated with a “buy” rating and a $35 price target.

Piros wrote, “While the post-surgical ocular pain treatment landscape has no shortage of steroid therapies, we believe DEXTENZA, which is applied once after surgery, fills a meaningful void not addressed by the current burdensome treatment regimen (>150 eye drops over six weeks). DEXTENZA has demonstrated highly statistically significant reductions in pain and inflammation. Moreover, DEXTENZA has been well tolerated and shown fewer liabilities compared to topical corticosteroids. We believe the company has adequately addressed the FDA’s concerns on the manufacturing processes and is poised for a positive FDA decision anticipated in mid-2017.”

“We derive our price target by assessing after-tax, risk-adjusted NPV of future cash flows from DEXTENZA in the treatment of post-surgical ocular pain. We also ascribe $250 million for the technology platform, which includes opportunities in allergic conjunctivitis, glaucoma and ocular hypertension, inflammatory dry eye, and wet AMD. Including our estimate of Ocular’s 2017 year-end cash, we arrive at a combined value of $1.1 billion, or $35/share, our 12-month price target,” the analyst added. 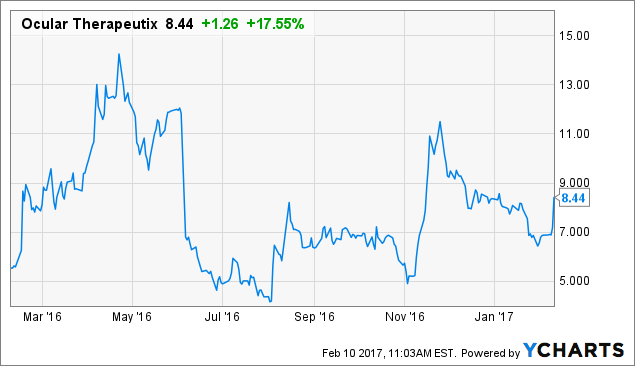 Billionaire Steven Cohen Snaps up These 2 Stocks as Markets Rebound