The “Manipulated” Chinese Yuan and Why Markets Are Bigger Than Governments 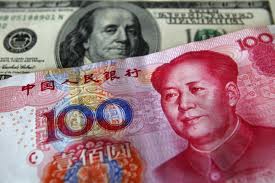 This year’s U.S. presidential election brought into focus one market you don’t hear about often: the Chinese yuan, or renminbi.

“The problem with this is that China really is a currency manipulator. But they’re manipulating the value of the yuan up, not down. Thus returning it to the correct free market value isn’t going to have the desired effect of closing America’s trade deficit with China.” (Forbes, Nov. 13.)

However things shake out with China under the new White House administration, let’s look closer at the basic premise of this argument — namely, that China’s government manipulates the currency.

By definition, market manipulation means stopping the free-market forces from doing what they do best: setting a fair value of an asset that suits both the buyer and the seller. It also implies that the manipulated market is no longer predictable using trend indicators you would apply to other, freely-traded assets.

So, does this mean that the yuan has been unpredictable?

You be the judge.

Below, you’ll see a chart of the yuan vs. U.S. dollar exchange rate going back to 2014.

The arrows on this chart show you the timing of 15 yuan forecasts subscribers saw over the past two years in our Sunday-Tuesday-Thursday Asian-Pacific Short Term Update, edited by Chris Carolan.

So, what should we make of this brief history?

“The [dollar/yuan] rate is pegged by the Chinese government, though it is subject to market pressures.

“…markets are bigger than governments.”