Starting tomorrow, we begin to get results from America’s largest banks. Expectations for the segment are respectable with earnings growth at 6.0%, certainly better than the S&P 500 index which is anticipating a YoY profit decline of 1.7%.

Banks have a lot going for them this quarter. First off, there have been no major settlement fees announced, something that has tainted the bottom-line for the last several quarters. The current volatility in the equity and currency markets will also be good for banks, with FICC trading in particular expecting a boost from currency trading that should offset weakness in credit and mortgage products. Speaking of mortgages, low origination figures have been plaguing the country’s largest lenders, such as Wells Fargo, for some time now, but it seems as though the tides may be changing. Earlier this month, the Mortgage Broker’s Association showed that purchase mortgage application volume for the week of Mar 30 – Apr 3 increased to its highest level since 2013 on the back of continually low mortgage rates and the strengthening housing market. Those low rates should also help spur refinance applications. Lastly, heightened M&A activity in the latest quarter is likely to boost investment banking arms.

While ultra-low interest rates have been a great thing for the markets, they are not so great for the banks. At the beginning of the year it was widely believed that the Fed would raise rates by the summer. However, with mixed economic data still pouring in, specifically the set back with recent jobs data, it seems less likely that that will happen, with some estimates even suggesting tightening could be as far out as 2016. A continued delay in the raising of rates has become problematic for banks and could weigh on full year earnings and will most certainly be mentioned extensively on earnings calls this week. The longer rates stay low, the less banks can charge on the money they lend out.

JPMorgan Chase & Co (NYSE:JPM) – Estimize is expecting EPS of $1.36 vs Wall Street’s consensus of $1.38. This is the biggest miss we are expecting from any of the banks. Listen for any news regarding the bank’s ongoing investigation regarding alleged forex rigging. This could mean another big settlement with the Justice Department in the next quarter. On the bright side, JPM has a lot of currency exposure, and should be one of the largest beneficiaries of the volatile markets. 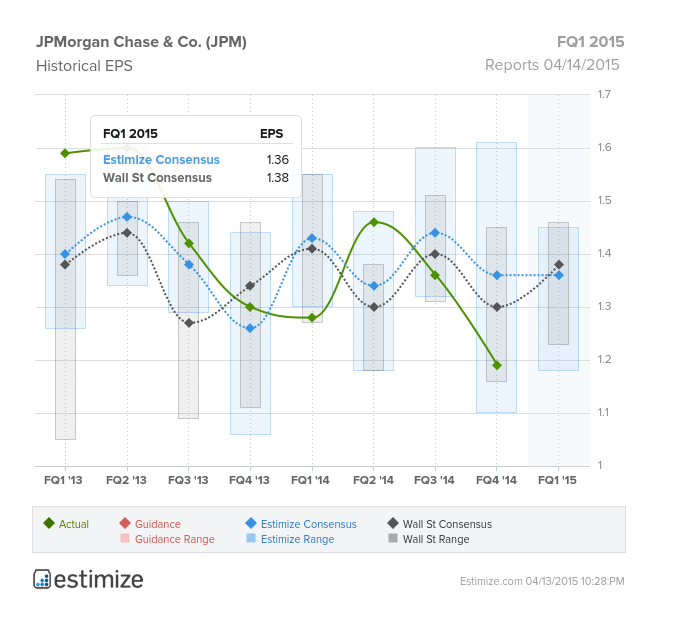 Wells Fargo & Co (NYSE:WFC)  – Estimize is expecting EPS of $0.99 vs Wall Street’s consensus of $0.97. Mortgage applications have slowly been making a comeback, but still remain low. We’ll be looking for signs that they are still moving in an upward trajectory. Auto loans, a growing segment for WFC, increased 10% in 2014 and will also be closely watched this year. 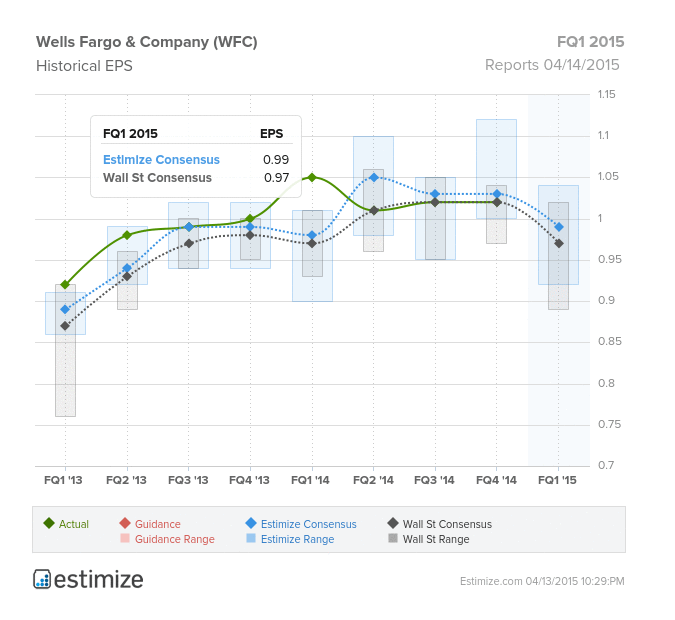 Bank of America Corp (NYSE:BAC) – Estimize is expecting EPS of $0.30 vs Wall Street’s consensus of $0.29. This would be a marked improvement from the year-ago period ($-0.05). The bank has underperformed the broader market this year after reporting disappointing Q4 results in January, the stock is down down 13% on the year, compared to a gain of 2% for the S&P 500. 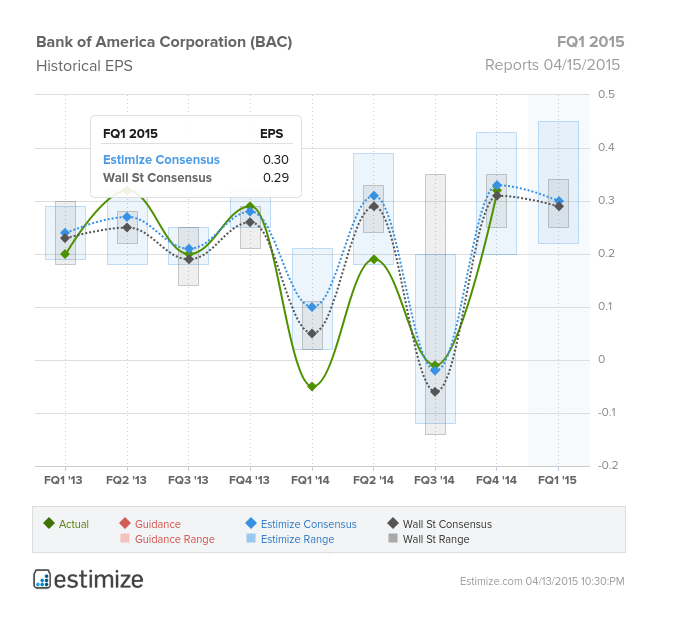 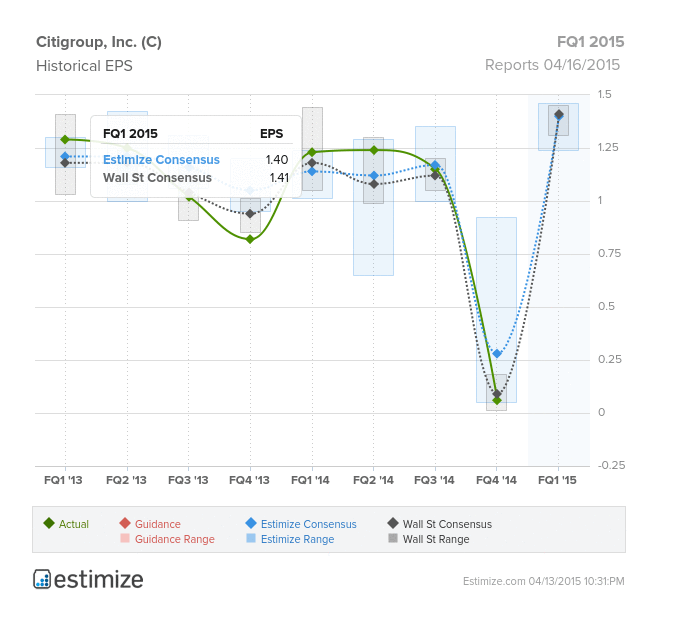 Goldman Sachs Group Inc (NYSE:GS) – Estimize expecting $4.21 vs Wall Street’s consensus of $4.14. Goldman has considerable currency exposure and should benefit from the volatility seen throughout the quarter, as well for increased M&A activity. 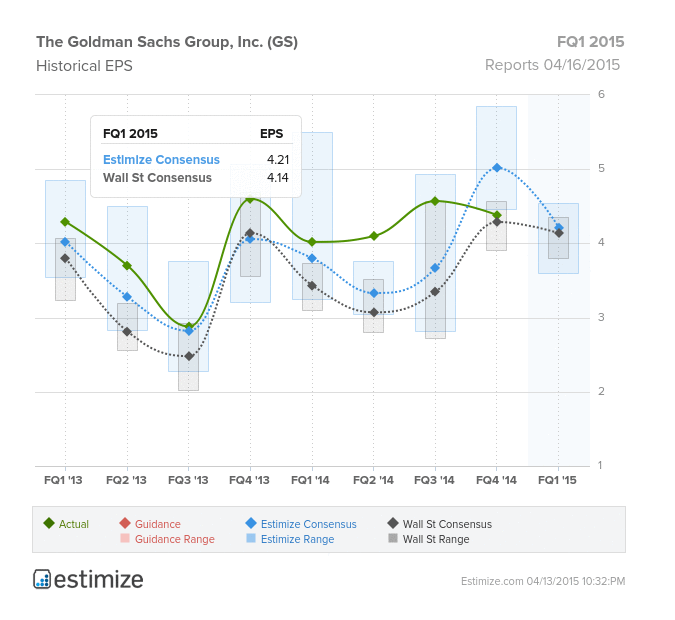