In a research report published this afternoon, William Blair analyst Adam Klauber reiterated an Outperform rating on shares of Aon plc (AON), with no price target set for the stock.

Klauber commented: “While the company is still experiencing the growing pains associated with the Hewitt merger, the reinvestment in the business and restructuring efforts should set the company up for strong performance over the next several years. The company’s investment in GRIP and Private Healthcare Exchange platforms over the last five years are paying off as these systems are moving to the monetization phase and should result in higher long-term margins in their respective segments. Earnings growth will be driven by margin expansion, the company’s ability to generate significant cash flow and its appetite for aggressive share buybacks. Aon remains one of our favorite picks, and we believe the company will experience superior earnings momentum going forward. Leadership in the space should also command a premium valuation multiple relative to peers”.

According to TipRanks, which measures analysts and bloggers success rate based on how their calls perform, analyst Adam Klauber currently has a one-year average return of 30.4% and a 100% success rate. Klauber has a 43.2% average profit recommending AON, and he is ranked #1999 out of 3125 analysts. 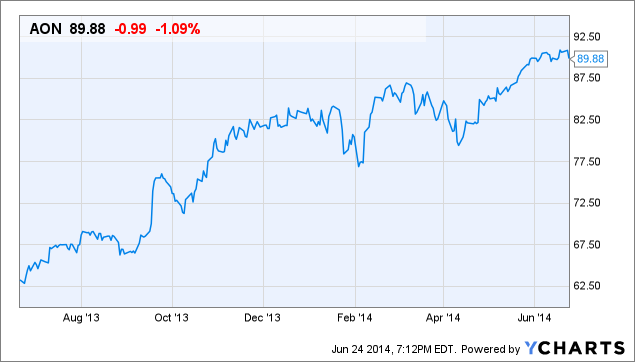 Additionally, the analyst reiterated a Market Perform rating on shares of Marsh & McLennan Companies, Inc. (MMC), and noted, “U.S. and Europe P&C brokerage, Oliver Wyman, and parts of Mercer (particularly the more cyclical, project-based divisions) struggled at times last year, but results should improve due to easier comparisons and slowly improving economic conditions. We believe organic revenue growth in 2014 and 2015 should move back toward 4%, which should allow for continued margin expansion and sustainable double-digit earnings growth. The company continues to out-execute many of its peers from an operational perspective, and many segments are reporting their highest operating margins in almost a decade. This highlights the opportunity to rationalize costs in this business through a cost-containment strategy. Both segments contributed significantly to the margin expansion, and while this pace will be tough to duplicate, we believe operating margins should continue to increase through 2016. The company should have additional free cash flow to use to boost earnings growth through acquisitions and share repurchases as well”. 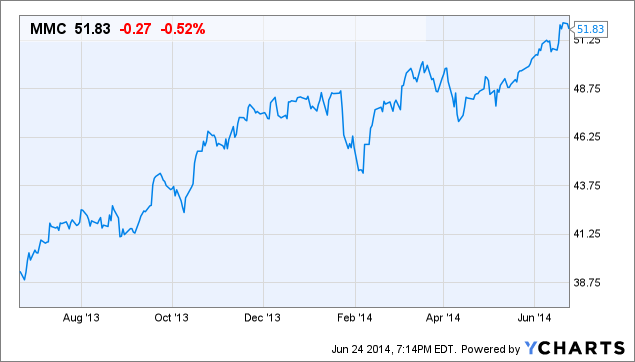 In closing, analyst Klauber reiterated a Market Perform rating on shares of Willis Group Holdings Public Limited Company (WSH), and no price target was given.

“The company continues to struggle with operational execution, and with earnings growth likely to be below peer estimates through at least mid-2015, we believe it is too early to get excited about a potential turnaround. Ultimately, the restructuring program should make Willis a more agile competitor in the brokerage marketplace, but it will take several years for the results to start filtering through. Despite these near term headwinds, Willis is a strong generator of cash. We believe the company will increase its use of excess free cash flow to buy back shares, especially while earnings growth remains subdued. Over the long term, new management’s potential to unlock value in Willis could result in materially higher earnings growth rates and valuation levels, but the potential upside from current levels does not warrant the executional risk at this juncture. We need to get some clarity on the traction of the restructuring plan and management’s ability to leverage its investments into improved top-line momentum before getting more excited about the stock. The stock, trading at 16 times our 2014 EPS estimate, appears expensive for its current earnings growth trajectory (less than 10% annualized over next two years), but it could become more interesting in 2015 as the Gras Savoye transaction looms and the restructuring program starts delivering tangible results”, Klauber wrote. 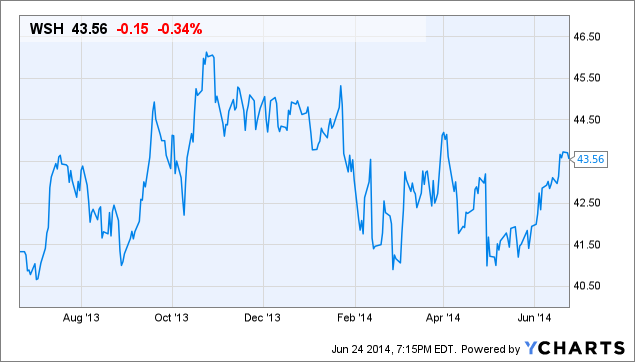