Ariad Pharmaceuticals (ARIA) had its price target reduced by UBS from $7.50 to $7.00 in a research report released this morning. UBS currently has a Neutral rating on the stock.

According to UBS analyst Andrew Peters, the key question on ARIA shares is whether or not lower doses of Iclusig sufficiently mitigate risk of vaso-occlusive events and whether these lower doses are active. While early data have shown hints that an induction-style regimen (eg 45mg initially with 15mg maintenance) could be active, the key unknown is if this new protocol would result in a meaningfully different risk profile. Recent updates at both ASH and ASCO suggest a dose relationship around CV risk is likely, although the bar for an acceptable profile is still unclear and the trend toward risk reduction may be narrowing.

“Following a constructive ASCO meeting which saw multiple updates we see few nearterm drivers of upside risk given high Street expectations for the Iclusig re-launch. We await the announcement of the dosing study but believe actionable data will not be available until 2016, and hence remain Neutral until timing is more attractive”, said the analyst. 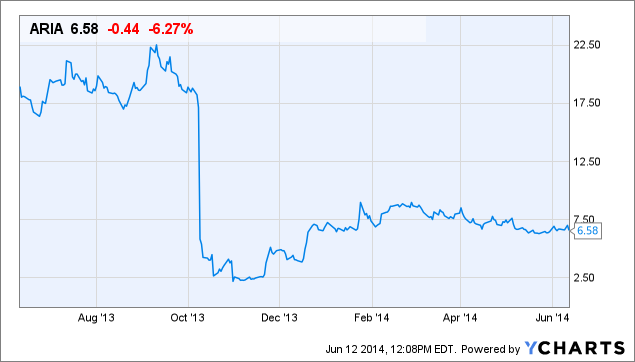