Roth Capital analyst Joseph Reagor initiated coverage on shares of Superior Drilling Products Co. (SDPI) in a research note issued this morning. The firm set a “buy” rating and a $6.75 price target on the stock.

Reagor noted, “We view SDPI as an emerging growth story in oil field technology. We believe SDPI is poised to grow revenues and earnings significantly over the coming quarters through its acquisition of Hard Rock Solutions.

SDPI’s initial public offering was at $4.00 per share. Insider ownership is greater than 50% and as a result, trading liquidity may drive volatility in the stock. On a long term basis, we anticipate continued growth in both revenue and EBITDA as SDPI works to market the Drill N’ Ream tool more effectively than Hard Rock. Based on our growth expectations, we use 2015 estimated EBITDA for valuation and apply an 8x EV/EBITDA multiple to arrive at a price target of $6.75 per share”.

According to TipRanks, which measures analysts and bloggers success rate based on how their calls perform, analyst Joseph Reagor, who covers SDPI, currently has a one-year average return of 5% and a 88% success rate. He is ranked #1639 out of 3112 analysts. 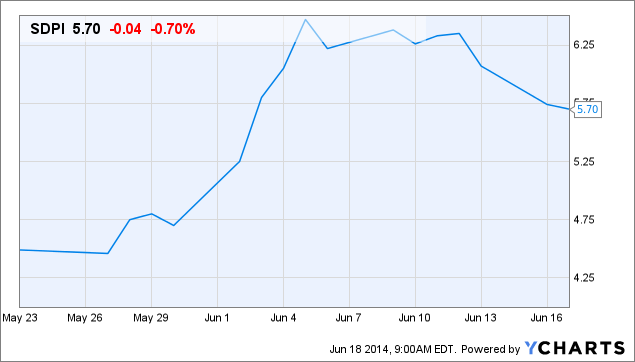