In a research report released yesterday, Canaccord analyst Corey Davis initiated coverage with a “Buy” rating on Salix Pharmaceuticals (SLXP) and a price target of $145.00 a share, representing a potential upside of 17% from where the stock is currently trading.

“Our investment thesis on Salix hinges mostly on its impressive growth outlook. For a $7B market cap company, it has one of the highest projected growth rates among Spec Pharma names. Since most of that growth is driven by one large drug with a long life cycle, we see that growth as being sustainable for the next several years. We even see it being able to overcome the expected entry of generics on both Glumetza and Zegrid in 2016. We also see little binary risk but the stock seems to disagree with this, and this is the crux of our BUY rating. We would encourage investors to be buying the stock in front of the Phase 3 target 3 IBS data coming in early July since our sense is that most investors are not willing to take that risk. Hence we see the stock trading up much closer to our price target if the data are positive”, Davis wrote.

According to TipRanks, which measures analysts and bloggers success rate based on how their calls perform, analyst Corey Davis currently has an average return of 41.4% and a 88% success rate. Davis has a 35.5% average profit recommending SLXP, and he is ranked #24 out of 3135 analysts. 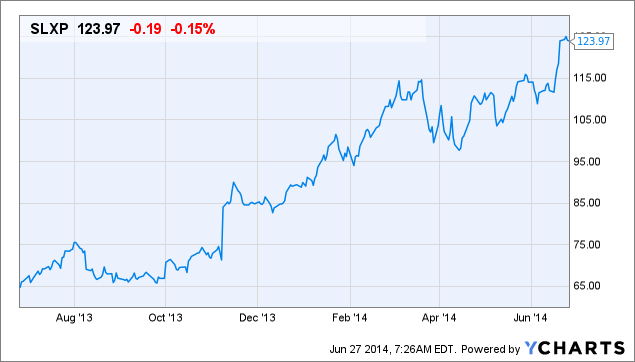