Roth Capital analyst Dr. Joseph Pantginis noted, “We do not recommend holding the shares in hopes of a turnaround in the next 12-24 months. With significant commercial and competitive headwinds still facing the company in our belief, we reiterate our Sell rating”.

According to TipRanks, which measures analysts and bloggers success rate based on how their calls perform, Dr. Pantginis, who covers DNDN, has a one-year average return of 1.4% and a 43% success rate. 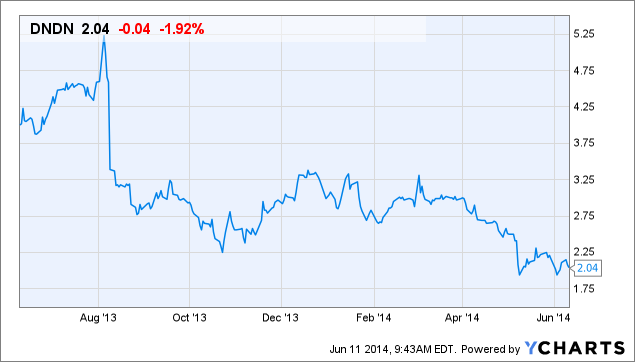 Dendreon: We Would Continue To Recommend Selling Shares, Says Wedbush