Apple, Inc. (NASDAQ:AAPL) is a Cupertino, California based multinational corporation that designs, develops, and sells consumer electronics, computer software, and personal computers. Some of the most known apple products are the iPhone, iPad, MacBook, and iPod.

Apple In The News

Apple is set to announce new and upcoming products on September 9th, with an expected release date on September 19th. Two of these items include the much anticipated iPhone 6 and the Apple iWatch. People are already talking about the anticipated 4.7” and 5.5” screen sizes on the iPhone 6, a big upgrade from the iPhone 5S’s 4 inch display, as well as a new payment platform. Apple has been keeping mum about its new products until its official announcement, but that doesn’t stop rumors from flying in anticipation.

On September 2nd, Piper Jaffray analyst Gene Munster reiterated his Buy recommendation on Apple and raised his price target from $105 to $120. He noted, “We believe the iPhone will be the driver behind Apple’s payments platform, not the iWatch, thus we view it as unlikely that they would announce payments with the iWatch instead of the iPhone.” Munster has rated Apple 112 times, earning him a 77% success rate and a +31.6% average return on the stock.

Munster has a history of offering financial advice for a variety of big named stocks across all sectors, such as Amazon (NASDAQ: AMZN) and Facebook (NASDAQ:FB), helping him earn an overall average return of +30.1% with a 76% success rate in making recommendations. He is currently the #1 ranked analyst (out of 3268 analysts) on TipRanks.

On August 13th of this year, Munster reiterated an Overweight rating on Amazon with a $420 price target. He reasoned, “Overall, ChannelAdvisor sales have trailed Amazon N.A. sales by an average of three percentage points over the last four quarters; however, last quarter we saw an 868bps reversal of this relationship, which resulted in ChannelAdvisor leading Amazon growth by 3.5pts. Due to this reversal, we place less weight on Amazon ChannelAdvisor data.” Munster has a 82% success rate on Amazon recommendations, earning +22.7% average return on the stock.

Similarly on April 9th of this year, Munster maintained an Overweight rating on Facebook with a $67 price target. He explained, “”Our core takeaway is that Facebook has shown through its Instagram purchase that it is cognizant of changing trends in social and not afraid to make aggressive moves to capitalize on changes…We continue to believe that new monetization from both Instagram and video throughout 2014 should offer some upside to estimates.” With a 90% success rate on Facebook recommendation, Munster has earned a +76.2% average return on the stock.

On the other hand, Munster has not always been so lucky with his recommendations. On October 15th, 2013 Munster initiated an Overweight rating for Rocket Fuel (NASDAQ: FUEL) with a $70 price target. He noted, “Given our expected growth rates of 80%+ in CY14 and 60% + in CY15, we believe that FUEL deserves to trade at a valuation that would put it ahead of many of its peers and closer to industry leaders.” Since then, Rocket Fuel has gone down from $60.60 to $16.33, attributing to Munster’s 0% success rate with this stock, netting a -73.0% average return.

Munster is a fan of recommending the big named stocks under the NASDAQ. Would you trust his latest recommendation based on his financial advice history? 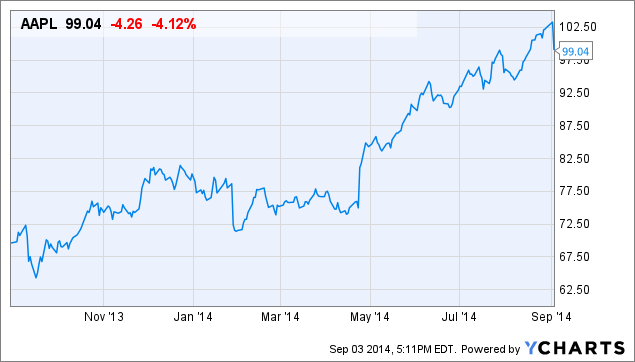