In a research note released today, Maxim Group assumed coverage on Advanced Cell Technology, Inc. (ACTC) with a Buy rating and a price target of $0.45.

According to Maxim analyst Jason Kolbert, 2014 will be the breakout year for Advanced Cell Technology.

Two phase 1 studies in AMD and SMD have been expanded from 12 to 16 patients, both adding a new cohort of patients with vision of 20/100 versus 20/400. The analyst believes that this is a direct result of regulatory comfort with safety, allowing the company to evaluate the effect of the cells in these less advanced patients. He expects to see a transition to a phase II efficacy-focused trial this year, with a data-read in early 2015. The company is also making progress in dosing higher-dose cohorts now underway at UK sites, and the U.S. to follow.

According to TipRanks, which measures analysts and bloggers success rate based on how their calls perform, 5-star analyst Jason Kolbert, who covers ACTC, has a one-year average return of 10.8% and a 54% success rate. 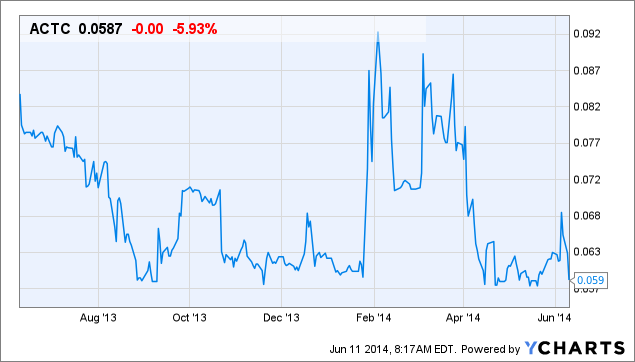