In a research note issued this morning, H.C. Wainwright analyst Swayampakula Ramakanth initiated coverage with a “Buy” rating on EDAP TMS S.A. (EDAP) and a price target of $6.00 a share, representing a potential upside of 52% from where the stock is currently trading.

“In our opinion, EDAP is poised to become a profitable company by the end of 2015 and represents an undervalued stock with significant upside for the long-term value investor”, wrote Ramakanth. 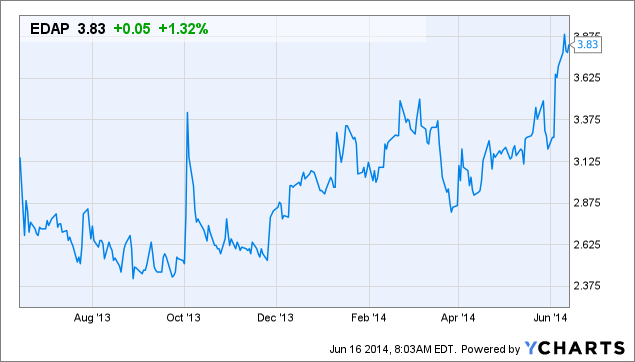