In a research note released today, Canaccord analyst Scott Van Winkle maintained his Hold position on Medifast (MED) and upgraded his price target to $32.00 from $31.00.

Scott Van Winkle: “We maintain our HOLD rating, but are modestly increasing both our profitability forecasts for F2015 and our price target to reflect accelerated refranchising efforts in Medifast’s clinic operations. Given that we believe that clinics are unprofitable on a four-wall basis (after considering the transfer price of Medifast product sales to the units), we have not assumed measurable success on the refranchising effort in our forecasts. Following two relatively significant refranchising deals with Medix and an experienced former clinic franchisee group called TRANSFORMU more recently, we have increased confidence that future refranchising transactions can be completed. The value of refranchising is clear as each transaction essentially removes as much SG&A as revenue. We believe the net effect is accretive to EPS given the ongoing capture of gross profit from product sales to these franchisees”.

According to TipRanks, which measures analysts and bloggers success rate based on how their calls perform, 5-star analyst Scott Van Winkle of Canaccord  has a one-year average return of 11% and a 63% success rate. 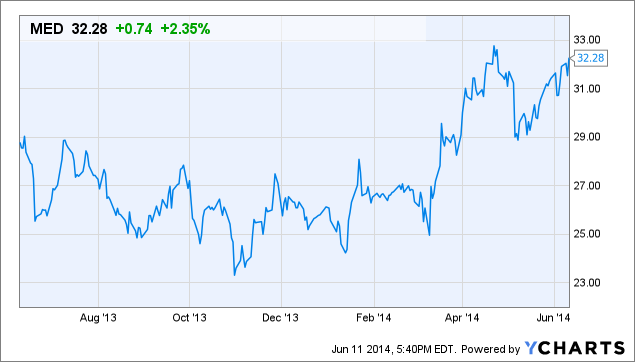