In a research report issued today, B/E Aerospace Inc. (BEAV) was downgraded by analyst Kenneth Herbert at Canaccord from a “buy” rating to a “hold” rating. The analyst also lowered his price target on shares of B/E Aerospace to $98.00.

The analyst believes that the prospects for a sale of the entire company are looking less likely as part of the strategic review with the announcement that the company set a Q1/15 date and specific plans for a spin into the two primary segments, manufacturing and distribution. While the company did raise its full year 2014 EPS guidance to $4.35, and the two recent acquisitions are positives, that analyst points out that the stock will face pressure as the details of the spin and strategic process slowly emerge.

Ken Herbert: “A valuation much above $100 requires multiples at the upper end of the peer group and historical ranges. While we believe there is still a slim chance there is a buyer for all of BEAV, it is looking unlikely. We do expect some interest in either the distribution or manufacturing businesses, but the valuation is a question mark”.

According to TipRanks, which measures analysts and bloggers success rate based on how their calls perform, 5-star analyst Ken Herbert, who covers BEAV, has a one-year average return of 17.7% and a 75% success rate. 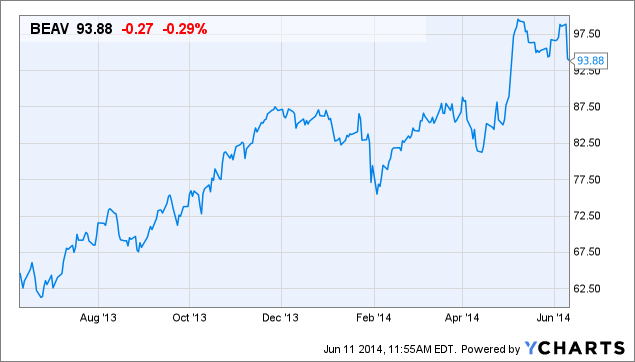