As the countdown is on for the Apple Watch release date, which has officially been set for April 24 in select countries, BMO Capital analyst Keith Bachman came out today with a research report on Apple Inc. (NASDAQ:AAPL), after conducting a survey in the U.S. on consumer interest in buying the Apple Watch, with approximately 735 total responses.

Based on the results of the survey, the analyst is lowering his estimates for the Apple Watch. He stated, “Previously, we had assumed that Apple would sell 55.5 million units from the June 2015 quarter through the September 2016 quarter. Given our survey results, we are lowering our Apple Watch estimate to 39 million units over the forecast period, or ~9% of our estimated iPhone 5 and iPhone 6 installed base. Consistent with our survey, we assume 70% of demand is for the Sport model and 30% for the Watch model, which implies a blended ASP of ~$465 vs. our previous assumed ASP of ~$420.”

The analyst reiterated an Outperform rating on AAPL with a price target of $135, which implies an upside of 7.5% from current levels. 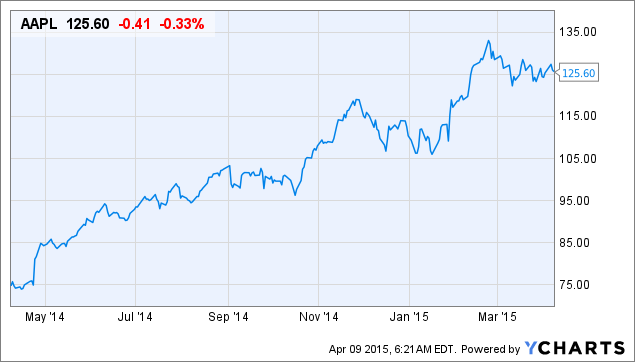