With the Apple Inc. (NASDAQ:AAPL) event invites now live officially, all eyes are set on what Apple will be announcing on September 9 at the Bill Graham Civic Auditorium in San Francisco. Subsequently, Wall Street analysts are weighing in with their expectations ahead of the event.

On the software side, the analyst expects more examples of how the new OS (El Capitan), and iOS will do a better job of predicting what you want (similar to Google Now). Munster expects the combination of these features will slowly increase iPhone’s market share, which gives him confidence that shares of AAPL will move higher in the coming months.

The analyst rates AAPL an Overweight, with a price target of $172. With Apple shares last trading at $112.92, Munster’s price target implies potential upside of about 52%.

Additionally, FBR Capital analyst Daniel Ives is expecting a number of announcements and product launches with a larger 12.9-inch iPad Pro, next generation Apple TV, and the new iPhone 6s/6s+ front and center, as investors will be laser focused on the iterative improvements in 6s that could spur upgrades.

Ives noted, “While there are a slew of possibilities for what to expect at the September 9 Launch Event, in our view, Apple will deliver meaningful updates under the hood. Force Touch remains the key new feature; a pressure-sensitive input beneath the users touch screen adding a new dimension for shortcuts and gestures. Force Touch debuted on Apple Watch and has since been integrated into Apple’s MacBook product line, leaving Apple well positioned to dazzle customers with the dynamic new feature unseen on competing Smartphone’s. The new iPhone cameras are likely to be a major driver of 2H upgrades as well, possibly featuring a 12-megapixel camera, a major upgrade from the 8-megapixels featured on its iPhone 6/6+ predecessor.”

The analyst believes that this is a critical event for Apple to help turn the negative investor tide and help lay out its growth vision for the next year on the heels of the iPhone 6 super-cycle product tailwinds. He noted, “While we acknowledge this “white knuckle” period for Apple we are positive on shares as: (1) less than 30% of its customers upgrading to iPhone 6 to date, (2) a major product cycle ahead with the launch of 6s, (3) the China market representing a $100 billion market opportunity for over the next three years (taking a 30% haircut to our estimate) and (4) the Company trading at 9x ex-cash,”

Ives reiterated an Outperform rating on Apple stock, with a price target of $175, which represents a potential upside of 57% from where the stock is currently trading. 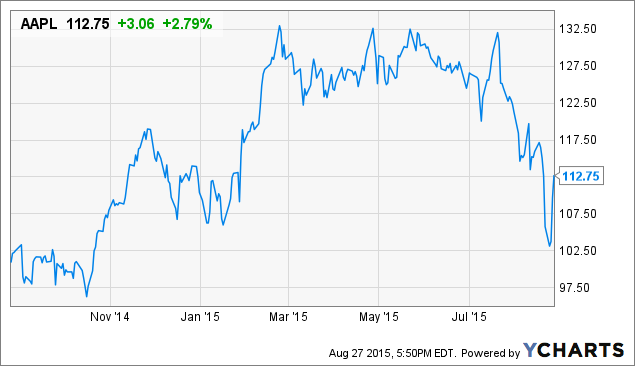