Analysts are weighing in on biotech firms Adamis Pharmaceuticals Corp (NASDAQ:ADMP) and Immunomedics, Inc. (NASDAQ:IMMU), as shares of both companies fell sharply today due to various challenges and setbacks. Let’s take a closer look.

Adamis shares lost over half of their value today following the news that the company received a Complete Response Letter (CRL) from the FDA regarding its emergency treatment for acute anaphylaxis, a severe allergic reaction, for the second time.

However, Maxim analyst Jason Kolbert keeps his rating on the stock at Buy, with a price target of $17, which implies an upside of 309% from current levels.

Kolbert noted, “The company believes it can finalize the study protocols with the FDA, complete the additional testing within a relatively short period of time at an immaterial cost, and submit the data back to the FDA sometime in the second half of 2016 […] Beyond its branded generic EpiPen, Adamis is leveraging its drug delivery technology to develop a pipeline of products in the asthma and COPD spaces. Adamis’ lineup of products in these spaces includes APC-1000, APC-2000, and APC-5000. These products not only represent high-quality, yet cheaper alternatives to current brand names, but they also have certain features (for example, improved efficacy at lower doses) that could allow the company to capture a piece of these global billion-dollar markets or attract a partner with favorable terms.” 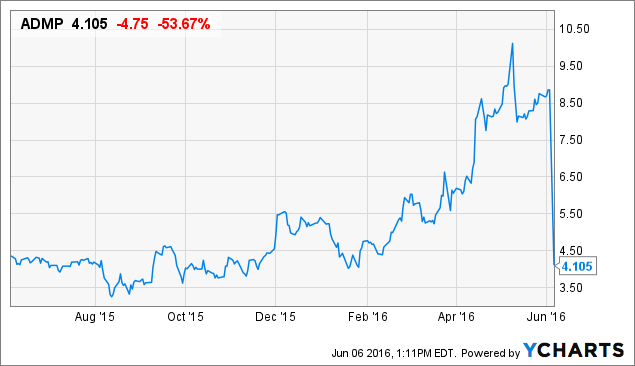 Following the removal of the late-breaking abstract for ‘132 in TNBC from the 2016 ASCO program, shareholders are having a tough time holding Immunomedics. As of this writing, the stock is down $0.61 or 13.50%.

Jefferies analyst Chris Howerton weighed in on the stock today following discussion with management. The analyst rates Immunomedics  shares a Buy rating, with a $5.00 price target, which implies an upside of 27% from current levels.

Howerton wrote, “Following the release of news that the TNBC abstract was removed from ASCO 2016, we had a chance to speak with mgmt regarding the specifics of the situation, as well as their plans on moving the drug towards approval.” Here are a few takeaways: “1) decision to remove was done before interaction with IMMU; 2) IMMU continues to both push forward potential acc. approval and seek a partner for ‘132; 3) we continue to believe this is not a neg. reflection on ‘132 as a drug. Additionally, IMMU reported incremental SCLC data for ‘132.”

As of this writing, the 2 analysts polled by TipRanks rate Immunomedics stock a Buy. With a return potential of 27%, the stock’s consensus target price stands at $5. 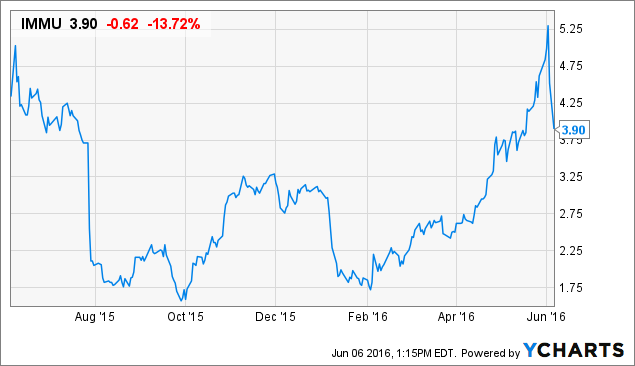