Shares of Titan Pharmaceuticals jumped over 20% this morning after the company announced that it received FDA approval for its six-month Probuphine implant for the treatment of opioid addiction.

Reacting was Roth Capital analyst Scott Henry, which raised his price target to $10 (from $7.75), while reiterating a Buy rating on the stock.

Henry commented, “The timing was within expectations, although this removes a key risk from the investment thesis. Probuphine will be sold by Braeburn with TTNP receiving a ~17% royalty […] We target 2016-18 end user Probuphine sales of $2M, $25M, and $71M. Note that these revenue forecasts target <5% market share for Probuphine.”

“The indication is for “maintenance” and there is a black box warning for “implant migration, protrusion, expulsion, and nerve damage associated with insertion and removal.” There is also a Risk Evaluation and Mitigation Strategy (REMS) program that requires healthcare providers to become certified before performing insertions. The REMS program was expected. As for the black box warning, we don’t expect it to have a material impact on sales as this is a last option type of product in our opinion. For a product of this nature, we don’t believe that the label is the driver to revenues,” the analyst continued. 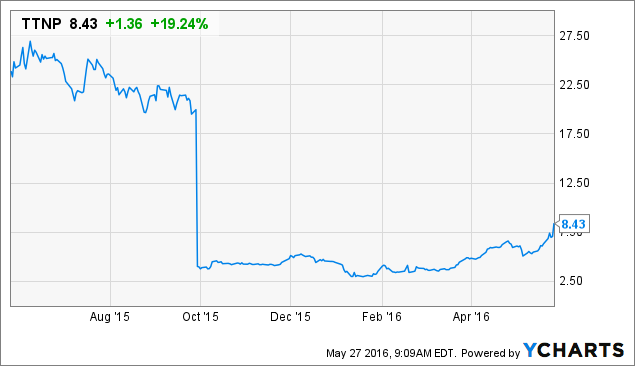 Shares of Relypsa rose over 23% to $20.35, following the news that competitor AstraZeneca received a Complete Response Letter (CRL) from the FDA for ZS-9, a treatment for dangerously high potassium. The delay in approval should extend Relypsa’s Veltassa lead time in the hyperkalemia market by at least another 6-12 months.

Cantor analyst Mara Goldstein commented: “The approval delay of potential Veltassa competitor ZS-9 is an unexpected development, and likely to be a positive factor for share price appreciation, in our view. While we think a second “voice” would be likely to grow the market overall, the lack of competition will go a long way in removing what we see as an overhang on RLYP’s valuation and possibly drive short covering. We think Relypsa’s shares reflect execution risk for Veltassa’s launch in spite of what we see as a positive trend line. We continue to believe that Veltassa sales will be back-end loaded in 2016, and the ultimate arrival of ZS-9 in the market at some point is likely to serve as a positive driver of market growth overall.”

Goldstein reiterated a Buy rating on the stock, with a price target of $41, which implies an upside of 147% from current levels.

Is it worth listening to this analyst? Check Goldstein’ historical performance and ranking here.

As of this writing, out of the 13 analysts polled by TipRanks, 11 rate Relypsa stock a Buy, 1 rates the stock a Hold and 1 recommends to Sell. With a return potential of 115%, the stock’s consensus target price stands at $35.64. 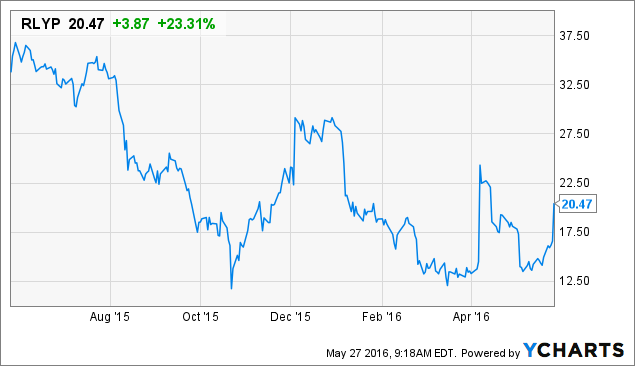