Today we decided to focus on Nomura Holdings analyst, Nitin Kumar with this special report. Kumar received his B.Tech (Electrical Engineering) from IIT Delhi in 2000. In 2006 he received his MBA degree from the National University of Singapore Business. Before officially joining the business world, Kumar worked at Cisco Systems as an IC Design Engineer. Kumar joined Nomura in June of 2006. He covers the Asia Solar and ASEAN Oil & Gas sectors.

According to Tipranks, which measures analysts and bloggers success rates based on how their calls perform, analyst Nitin Kumar currently has a one-year average return of 78% and a 56% success rate. Kumar is currently ranked #19 out of 3141 analysts.

In a research note issued Thursday, March 6 Kumar maintained a Buy rating and $55 price target for Canadian Solar following strong fourth quarter earnings, where net profit was 22.6% higher than expectations. In his report Kumar noted, “CSIQ corrected 10.65% yesterday which in our view provides excellent buying opportunities. We think further upside to the stock will still come from: 1) increased comfort level on execution in Japan; 2) further expansion in the pipeline in Japan and new project announcements in China, the US and other locations; and 3) the possibility of strategic investments by infrastructure companies as CSIQ has one of the best project pipelines with a very strong team to source new projects.

On Tuesday, April 22 Kumar maintained another Buy rating with a $55 price target for Canadian Solar Inc. following on track execution of projects in Canada which provide strong visibility into 2014F earnings.

Kumar noted; “We believe CSIQ ‘s execution remains on track and the sell-off a very attractive opportunity to accumulate the stock. As such, we expect a favorable mix- shift with a higher portion of module shipments going to Japan and successful exit of its project in Canada; therefore, CSIQ should be able to report better-than-guided gross margins”.

According to Tipranks, Kumar has a 177.4% average profit when recommending CSIQ. He first recommended the stock on May 12/2012 when the stock was worth $9.87. Since then he has always recommended Hold or Buy ratings and people who have listened to Kumar since May 2012 have seen this stock rise from $9.87, to today’s price of $31.26 and have seen their wallets fatten up as a result. 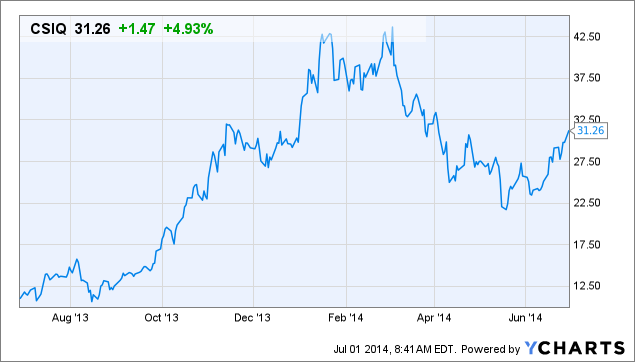 Another stock which Kumar has had some success in recommending is Trina Solar (TSL). On Wednesday November, 20 Kumar maintained a Buy rating on TSL with a price target of $24 following implementation of the solar project pipeline in China which will help lift the company’s earnings.

Kumar has an 18% average profit recommending TSL. Kumar started covering the stock just before the price crashed from $29.52 to $5.58 in a matter of months. After the stock crashed and was worth $5.58 Kumar stood by this stock and since then the stock has risen and is now worth $12.83. 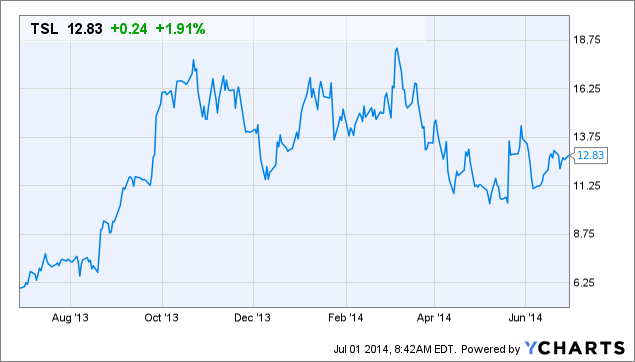 In conclusion, Nitin Kumar is a top notch analyst. According to Tipranks he is currently ranked #19 out of 3141 analysts in the Tipranks database. He has been working in the field of ASEAN Oil & Gas since 2006 and is an analyst who is worth consulting if you are looking to invest in this field.