Amazon: The Stock Will Remain Challenged Short-Term But We Remain Bullish, Says Cantor

In a research report issued Friday, analyst Youssef Squali of Cantor reiterated a Buy rating on Amazon (NASDAQ:AMZN) but reduced his price target to $365 (from $400), as the company’s top line growth was hurt by weakness in int’l markets.

Squali noted, “We view a lowerthan- expected 4Q outlook to be the result of continued slower growth in Japan/ Europe, FX headwinds, continued focus on investment, and management’s cautious view given macro uncertainty in a seasonally high period. While we believe the stock will remain challenged short-term, we remain bullish on Amazon’s ability to win long-term, and hence we’re maintaining a BUY rating and adjusting our estimates.”

The analyst explained, “NA grew 25% Y/Y vs. 26% in 2Q and meaningfully faster than mid-teens growth in overall commerce, driven by strength in EGM (+31% Y/Y in 3Q vs. 29% in 2Q). Int’l grew 13% (FX-neutral) vs. 14% in 2Q, which we believe largely reflects a weak Europe and continued slow growth in Japan following the tax hike instituted in 2Q.” Squali added, “Mgmt’s 4Q outlook for revenue of $27.30-$30.30B and operating income of ($570)-$430M is below consensus of $30.86B/$476M, respectively. This guidance not only reflects the slower growth in int’l, but also $800-850M hit from FX (vs. current expectations), by our estimate. We also note that the outlook reflects the impact from ongoing investments (new FCs and sortation centers, expansion in newer markets, production of Prime Video originals, introduction of new services, and AWS).” 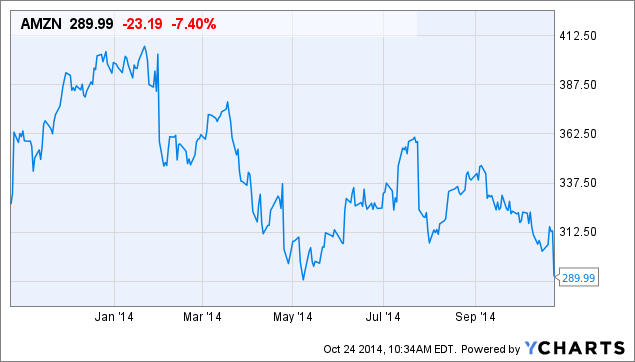