Digital signage provider RMG Networks Holding Corporation (NASDAQ:RMGN) is a puzzle. RMG shares jumped as much as 150% today, before trimming back some gains to trade up about 65%. Why? Your guess is as good as anybody else’s. There hasn’t been a word’s worth of news coming out of RMG since its last earnings report.

Looking forward, the company guided towards revenue for the full year in a range from flat to -3%. The company expects software sales to decline over several quarters including 2018.

Roth Capital analyst William Gibson recently wrote, “Ever since we initiated coverage, there was always the promise of large increases in EBITDA even though the growth kept pushing out. With the adoption of a SaaS-based business model, that promise is not longer in striking distance.”

Gibson rates RMGN shares a Neutral with a $1.00 price target, which implies a significant downside of nearly 40% from current levels. 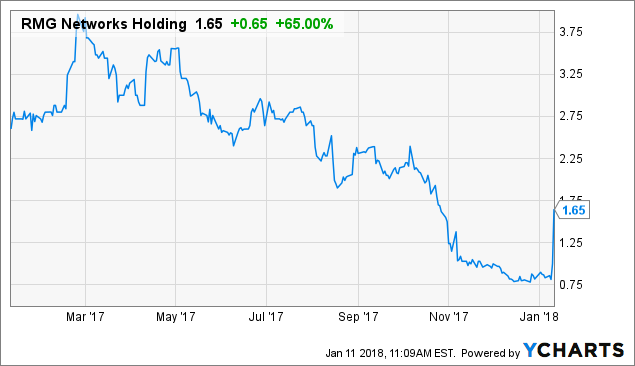