Brace yourself. NXT-ID Inc (NASDAQ:NXTD) is on the move. The biometrics firm’s stock price spiked nearly 15% today, after the company reported that its subsidiary FitPay has reached an agreement with Australia and New Zealand Banking Group (ANZ) that will allow ANZ credit card holders to use FitPay’s contactless payment technology on a range of new devices.

ANZ is one of the five largest listed companies in Australia and the number one bank in New Zealand. It operates in more than 34 markets across Australia, New Zealand, Asia, Pacific, Europe, America and the Middle East including a technology and operations center in Bengaluru, India.

Maxim analyst Brian Kinstlinger opined, “NXTD has done a solid job building out the ecosystem in the U.S. with similar agreements with Bank of America, Capital One as well as others, and the process of building out a global ecosystem is continuous and ongoing. We believe FitPay is working on similar agreements with other Australian banks. In addition FitPay is collaborating with 15 OEMs that are integrating its’ payments platform into their devices, such as the case with the latest release of the Garmin smart watch with payments capabilities.” The analyst continued, “We believe the biggest near-term catalyst is activation of payments capabilities on the new Garmin smart watch in 1H18.”

Kinstlinger reiterates a Buy rating on NXT-ID shares, with a $5.00 price target, which implies a potential upside of 175% from today’s closing price. (To watch Kinstlinger’s track record, click here)

Nxt-ID, Inc. is a technology company, which provides security for healthcare, finance and Internet of things. Its MobileBio security technology serves encryption and payments, biometrics, security and privacy, sensors and miniaturization technologies. The company operates through Hardware and Software Security Systems and Applications segment. 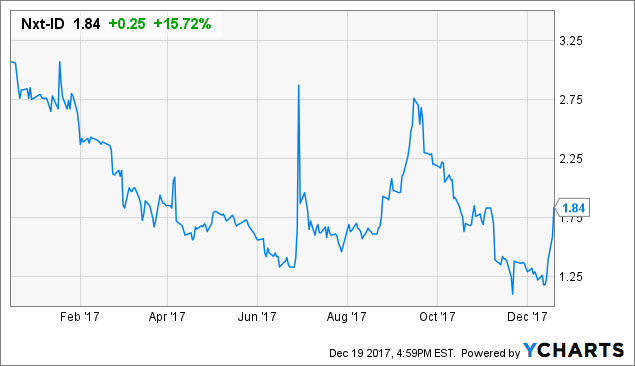