Egalet Corp (EGLT): Bummer News from the FDA Sends Shares into a Tailspin

Egalet Corp (NASDAQ:EGLT) shares are under pressure following the news that the maker received a complete response letter (CRL) from the FDA regarding the prior approval supplement (PAS) of OXAYDO tablets C-II in 10 mg and 15 mg dosage strengths.

The FDA has requested more information regarding the effect of food on OXAYDO 15 mg and the intranasal abuse-deterrent properties of OXAYDO 10 mg and 15 mg. Egalet will work with the FDA to determine the path forward.

OXAYDO is an immediate-release oral formulation of oxycodone HCl indicated for the management of acute and chronic, moderate to severe pain where the use of an opioid analgesic is appropriate. OXAYDO, initially approved in December 2015 in 5 mg and 7.5 mg dosage strengths, is designed to discourage intranasal abuse. Through its novel, patent protected formulation, OXAYDO contains inactive ingredients that may cause nasal burning if manipulated and snorted. There is no evidence that OXAYDO has reduced abuse liability compared to immediate-release oxycodone. 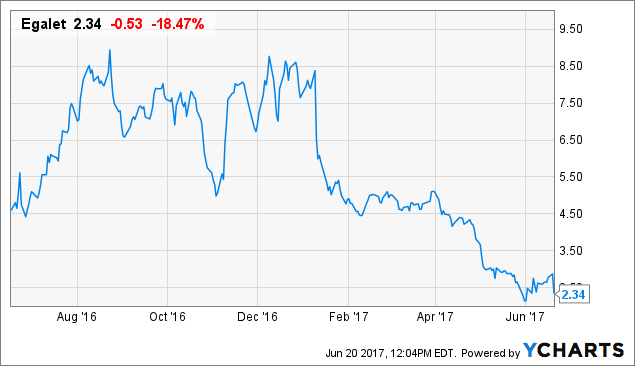 On the ratings front, Egalet has been the subject of a number of recent research reports. In a report issued on June 13, Cantor analyst Chiara Russo reiterated a Buy rating on EGLT, with a price target of $8.00, which implies an upside of 224% from current levels. On June 9, JMP’s Jason Butler reiterated a Buy rating on the stock and has a price target of $15.