CorMedix Inc. (NYSEAMERICAN:CRMD) investors are scratching their heads as to why the stock tanked today. Specially, after the company announced that it has reached the target number of events in the company’s LOCK-IT-100 study of Neutrolin(R) for interim efficacy analysis.

In addition, CorMedix is very poorly capitalized and has consistently relied on dilution to keep its lights on. There’s no reason not to expect dilution to continue especially as the company will require more capital to execute the development of Neutrolin, specifically the LOCK-IT-100 and LOCK-IT-200 clinical trials. At September 30, 2017, CorMedix had $12 million in cash and short-term investments. With a cash burn rate of $9 to $10 million per quarter, CorMedix doesn’t have enough funds to continue its operations this quarter.

However, H.C. Wainwright analyst Ram Selvaraju is quite bullish on CRMD. The analyst rates the stock a Buy with a price target of $4.00, which implies a huge upside potential. (To watch Selvaraju’s track record, click here)

In his latest note Selvaraju wrote, “[…] we had the opportunity to discuss the nature of the medical challenge posed by catheter-related bloodstream infections (CRBSIs) in the hospital setting with Dr. Barry Fox of the University of Wisconsin Hospital and Clinics. Dr. Fox indicated that infections in the context of short-term catheter use poses less of an issue, but that infections affecting patients requiring long-term catheterization can prove extremely serious. While he indicated that these infections do not occur frequently, he described them as very difficult to address with existing antibiotics, particularly once biofilm colonization occurs. Given such considerations, Dr. Fox appeared optimistic that a drug like CorMedix’s Neutrolin, with the potential to combat even highly intractable biofilms, could be useful in addressing CRBSIs, although he highlighted that cost containment would also be a factor and that it was unlikely such an agent would be automatically applied in all catheter-involved cases.” 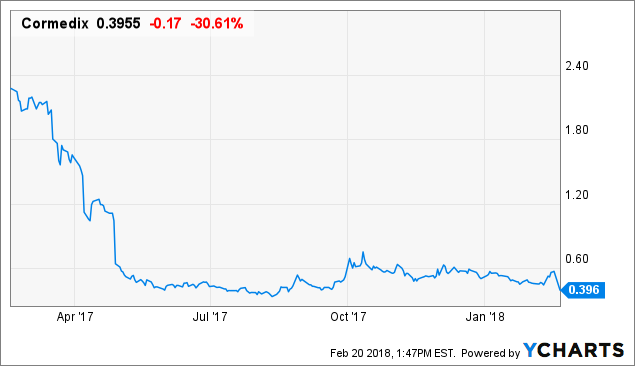 CorMedix: Finishing Out Of The Money