It’s a very rewarding trading day for investors in Puma Biotechnology Inc (NASDAQ:PBYI) with shares up over 40%, making the stock Wall Street’s bull of the day. The reason? The FDA posted favorable briefing documents ahead of the AdCom review of Puma’s PB272 (neratinib) for the extended adjuvant treatment of HER2-positive early stage breast cancer, which is scheduled for Wednesday.

However, Cowen analyst Chris Shibutani refused to be impressed noting, “The FDA AdCom documents for neratinib’s NDA in the extended adjuvant setting were overall more brief than expected and contained language that was relatively neutral in tone – i.e., did not include statements indicative of the FDA having a particularly negative or positive bias, at this stage.”

“The documents do not reveal any new, material “unknown unknowns” as far as the data itself is concerned. Further, the statistical analysis commentary that the FDA included, do not suggest that there is additional previously undisclosed data per se, that contributed to a different statistical conclusion on the benefit,” the analyst added.

As such, Shibutani reiterates a Market Perform rating on Puma Biotechnology shares, without providing a price target.

Shibutani concluded, “The FDA AdCom meeting itself will obviously remain pivotal. The direction Richard Pazdur chooses to take and tone he strikes in supplementing beyond the very openended single question provided will be far more revealing of the FDA’s position than these relatively brief AdCom documents provide, in our view.

According to TipRanks.com, which measures analysts’ and bloggers’ success rate based on how their calls perform, analyst Chris Shibutani has a yearly average return of 19.7% and a 60% success rate. Shibutani is ranked #442 out of 4554 analysts.

Out of the 7 analysts polled in the past 12 months, 5 rate Puma Biotechnology stock a Buy, while 2 rate the stock a Hold. With a return potential of 56%, the stock’s consensus target price stands at $81. 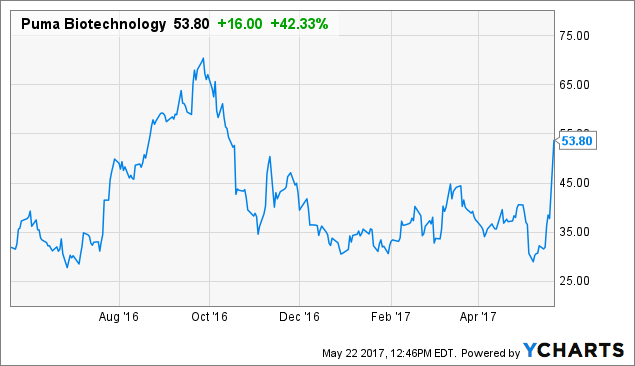