EnerJex Resources Inc (NYSE:ENRJ) announced that at a special meeting today, its stockholders approved proposals to effect the previously announced merger between EnerJex and AgEagle Aerial Systems. However, skeptical investors voted with their feet after news broke, sending shares plunging over 30%.

The proposed merger and financing, which was announced in October, 2017, will provide significant working capital for AgEagle, an agriculture focused drone and aerial imagery analytics company.  The merger is expected to close in the next week at which time the Company’s name will change to AgEagle Aerial Systems Inc.  and the ticker symbol will also change to “UAVS.”

“On behalf of the EnerJex Board of Directors, I would like to thank our stockholders for their support for the merger and throughout our business transformation,” said Louis Schott, CEO of EnerJex.  “AgEagle products are designed to improve centuries old farming methodologies through the use of GPS technology, high-resolution aerial imagery, computer learning and robotics.  The precision agriculture industry offers a rich opportunity to develop a high-growth technology business that provides farmers with impactful insights using computer driven analysis of high resolution aerial imagery.”

The Company plans to conduct a 25 for 1 reverse stock split, which was approved by shareholders on April 27, 2017, prior to the closing of the merger. 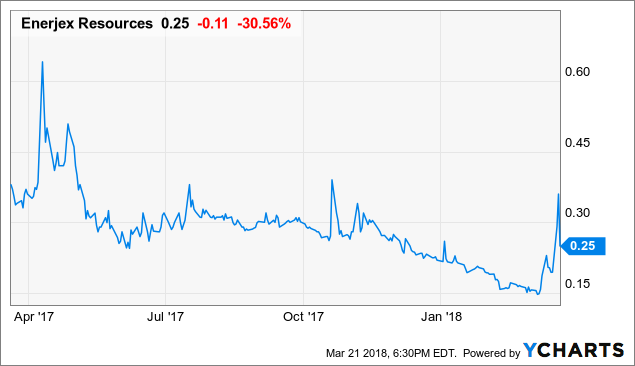