What About That Prediction of A Dollar & Global Economic Collapse? (Part 1) 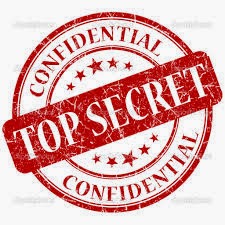 Over the years, hundreds of various self-proclaimed prognosticators who said a global economic collapse were to happen on this date or that date have failed. Sort of like the old story about the shepherd who cried wolf.

Unfortunately this is EXACTLY what looks to be getting ready to happen. But first let me mention that the most accurate doomsday/sky is falling talking heads out there who have predicted several life changing events correctly in the past always seem to be 3-5 years early.

Why are these people always a few years early in predicting these events?

I believe it is because they focus almost strictly on fundamentals and economic data and ignore price analysis of various assets which could help in timing these events. There is no doubt in my mind they are correct about the fundamentals being out of whack and unsustainable, but I know from trading that fundamental data can lead or lag the actual markets themselves by several years.

In 2011 and 2012 several global economic collapse scenarios started to float around the market place. Now 4-5 year later we have yet to have a global collapse. But, what is interesting is the fact that many of the things they said would start to happen HAVE started happening in the past few months.

What scares me the most is the fact that the US bond bubble may burst, the USA will not be able to service their debt, the dollar will collapse in value, and a new currency will emerge.

If this happens everyone will experience some rough times for a while. Keep in mind that most of the US dollars are held outside the United States. The dollar is global and will send a shockwave into several countries financial systems.

Barack Obama has been working secretly on a new treaty and potentially new world currency. Only members of Congress are allowed to look at the treaty and they are being banned from saying anything to the public.

Americans could lose most of their wealth overnight and thanks to all of this secrecy they won’t even see it coming. There is the potential for a massive devaluation in the dollar which could happen literally overnight. This means Americans (individuals holding primarily US Dollars) will wake up one morning with a fraction of the wealth they had 24 hours ago. Its scary stuff to say the least.

This new treaty is the “Trans-Pacific Partnership”, and is being touted as perhaps the most important trade agreement in history. Very few people in this country are talking about it.

Currently, there are 12 countries in negotiations: the United States, Canada, Australia, Brunei, Chile, Japan, Malaysia, Mexico, New Zealand, Peru, Singapore and Vietnam. These countries have a total population of 790 million people which accounts for an astounding 40 percent of the global economy. If the EU, China, and India join then this treaty will likely pass.