The phase 3 studies, specifically Study-00 and Study-03, were evaluated for efficacy and safety of plecanatide QD in patients with chronic idiopathic constipation (CIC). The evaluation yielded promising results.

First, findings showed that over a 12-week treatment period, plecanatide greatly improved stool consistency in comparison to a placebo treatment. The medicine restored patients’ weekly Bristol Stool Form Scale (BSFS) score to normal stool form within the first treatment week. This outstanding result was sustained with continued use of the treatment, but vanished with discontinuing of the drug. Newman elaborates on the pipeline’s success mentioning, “We note that the efficacy is comparable to, and maybe even slightly better than Linzess 145mcg’s performance in the two CIC Ph3s — mean BSFS scores were 4.3 and 4.2 over 12 weeks.”

When compared to competitor drug Linzess, Newman explains plecanatide has the upper hand with its “placebo-like safety profile and much less diarrhea. Further, results for plecanatide showed diarrhea rate of 3-6%, much lower than Linzess’ rate of 16%. Additionally, discontinuation of usage due to diarrhea was only 1.1-2.7% for plecanatide, a very small percentage relative to 4.7% discontinuation from Linzess.

Newman’s bullish outlooks come as no surprise considering these exceptionally favorable results. The analyst elaborates on these findings explaining, “We think this is the most important piece of data from a commercial standpoint, as it’s indicative of the plecanatide’s potential for higher adherence rate and treatment satisfaction.”

According to TipRanks, Newman’s predictions succeeded 21% of the time, ultimately delivering a one-year average return per recommendation of (-20.4%). The average analyst consensus on SGYP is Strong Buy, with 100% of analysts bullish. All recommendations amounted to a 12-month average price target of $11.17, marking a 242.64% upside from where shares last closed. 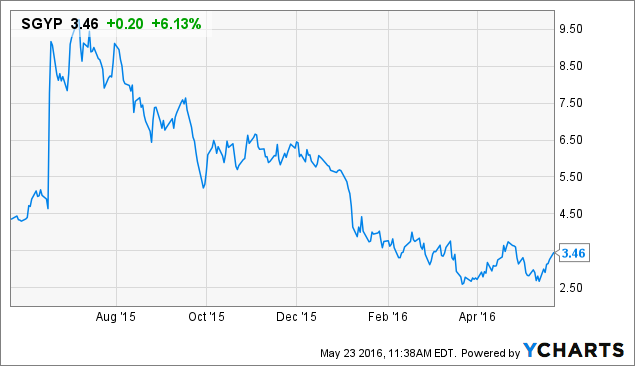 Tonix Pharmaceuticals recently reported positive data for its TNX-102 SL program, aimed at treating military related PTSD. In light of this new data, Roth Capital analyst Scott R. Henry reiterated a Buy rating on the stock, and updated his price target from $7.50 to $8.00.

Henry notes his price target change and stable bullish outlook is a result of optimistic outlooks for TNXP, insinuating that positive data acts as the “green light” for continued trials. He explains, “We believe that this data confirms the mechanism of action in this difficult to treat indication. We now expect two pivotal trials starting in 2017, and a potential NDA filing in 2H18.”

The analyst notes that the company announced a successful phase 2 study of TNX-102 SL (cyclobenzaprine) which treats military related post-traumatic stress disorder (PTSD) when taken at the highest dose; 5.6 mg.

Originally, the study was designed with 2.8 mg arm as the lead dose. Henry adds, “Consequently, this trial is unlikely to be a pivotal study, and we target two more confirmatory trials at the 5.6 mg dose.” The trial is expected to be conducted on one military PTSD patient, and on one civilian patient. The analyst comments, “We expect that both trials will run concurrently with a start in 1H17. Trials could be sized around 400 patients each.”

Henry estimates each trial will cost approximately $12 million, and notes, “We expect that Department of Defense funding may be an option for the military related population, but TNXP will likely fund the civilian trial.”

The analyst concludes explaining two trials will likely still be needed in order to achieve approval, but he believes the positive trial results at the 5.6 mg dose is “validation of the mechanism of action.” Further expressing his confidence, Henry mentions, “At this point, the program is de-risked such that the company has a higher chance of success in that it only needs to duplicate prior results.”

According to TipRanks, Henry’s predictions succeeded 36% of the time, ultimately delivering a one-year average return per recommendation of (-1.5%). The average analyst consensus for TNXP is Strong Buy, with 100% of analysts bullish. All recommendations amounted to a 12-month average price target of $8.42, marking a 247.93% upside from where shares last closed. 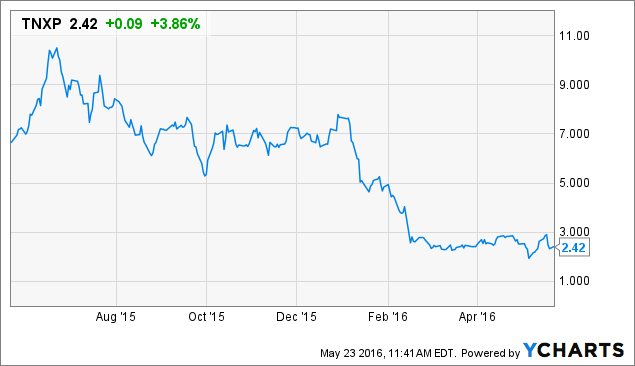