Rodman and Renshaw Sings the Praises of Capricor Therapeutics, Inc. (CAPR); Here’s Why

According to Rodman and Renshaw Joseph Pantginis, now that the drug maker has received the designation it is also eligible to receive a Priority Review Voucher (PRV), which would expedite the review of the new drug and present the opportunity for selling the PRV for significant non-dilutive funding. Other companies like Gilead have taken advantage of the PRV for $125 million in February 2017.

Encouraged by the progress with the FDA and the potential for CAP-1002 to fill an unfilled medical need Pantginis sees CAPR as a viable endeavor.

Basing his assessment on past studies and data, Pantginis writes: “Recall that in April 2017, Capricor announced the six-month interim data from the HOPE study in DMD patients. The data beat our expectations and provided an early look into a potential one-two therapeutic punch not currently available to DMD patients […] Statistically significant improvements in cardiac and skeletal function were seen.”

Similarly, the analyst noted, “Should CAP-1002 be approved, there are two primary goals for DMD patients, including 1) prevent or delay patients falling off the proverbial cliff into decompensated heart failure; and 2) moving into earlier stage patients to impact disease progression earlier (prolong survival).”

As such, Pantginis reiterates a Buy with a target price of $2.15, representing an 83% upswing from current levels. (To watch Pantginis’s track record, click here) 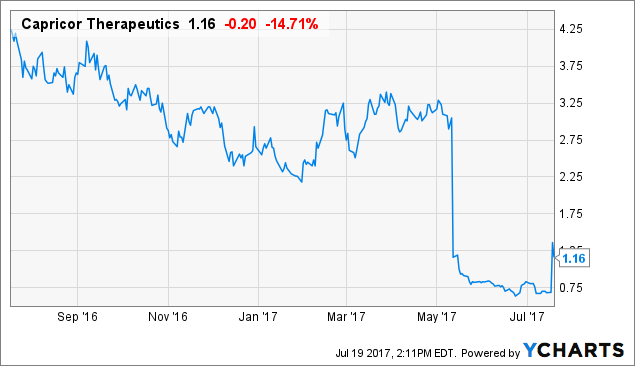