Traders were busy throwing in the towel on oil futures this week just as the first solid data and hope appeared that oil prices may be starting on the long road to recovery.

As oil prices approached $52 per barrel on Tuesday, July 7, the EIA released the July Short-term Energy Outlook (STEO) that showed an increase in global demand. 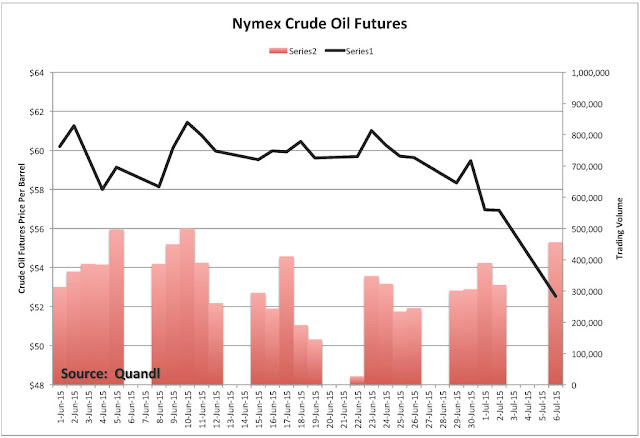 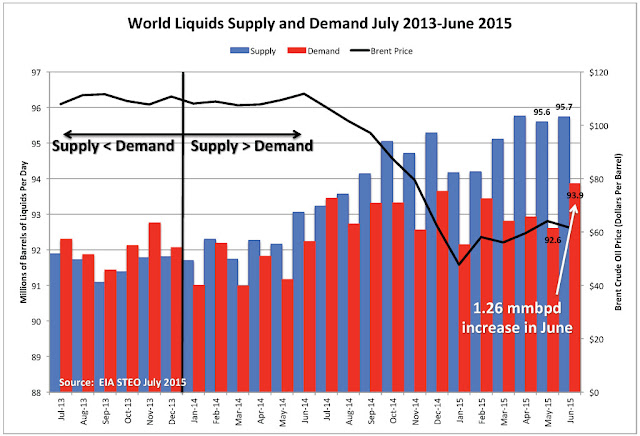 This is the first data to support a potential recovery in oil prices. For months, great attention was focused on soft measures like rig count, crude oil inventories and vehicle miles traveled, all in the United States. These are potential indicators of future demand but hardly the kind of data that should have moved international oil prices from $47 in January to $64 in May.

The relative production surplus (production minus consumption) moved down to 1.9 mmbpd (Figure 3). 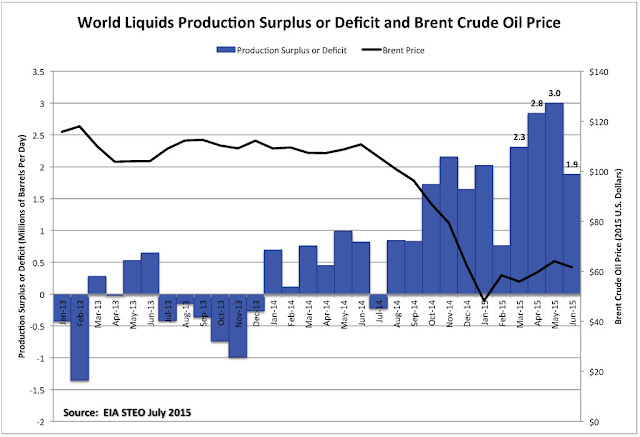 That is certainly good news but an over-supply of almost 2 mmbpd is hardly cause for celebration. The new demand data from EIA brings over-production of liquids back into the October 2014 to January 2015 range that resulted in Brent oil prices falling from $87 to $48 per barrel.

Oil prices dropped sharply this week as news of the Greek financial crisis and the free fall of Chinese stock exchanges suggested weaker demand for oil as the global economy falters. The EIA demand data does nothing to change this troubling economic outlook but it does confirm the seemingly obvious notion that low oil prices result in greater consumption.

In recent posts, I have emphasized that falling global demand for oil is key to OPEC’s strategy to keep prices low for some time.  The July STEO underscores this problem for two key markets–the Asia-Pacific region–29% of world consumption–that includes China, Japan and India, and the United States–21% of world consumption. Growth in Asia has slowed from 7% annually in 2012 to only 2% today (Figure 4). 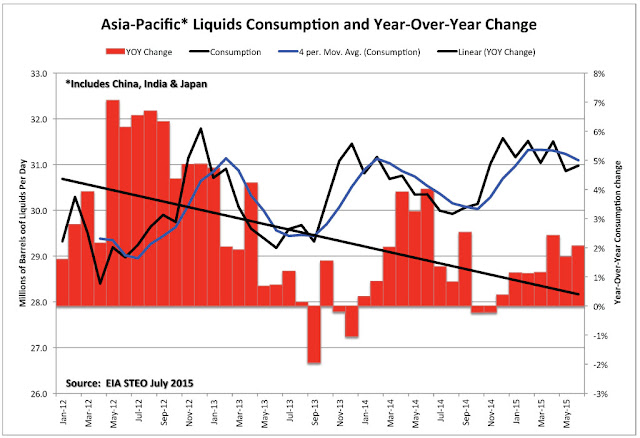 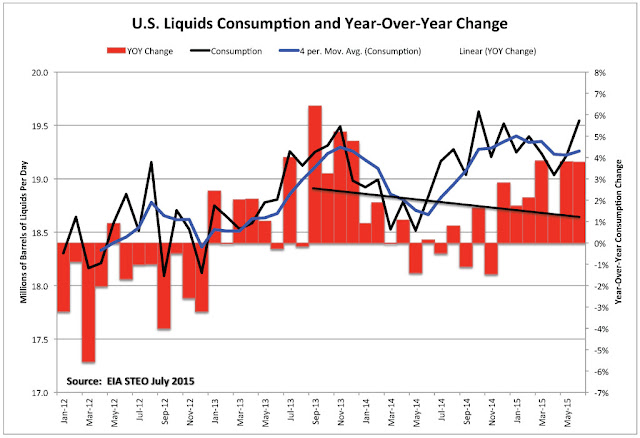 U.S. crude oil production declined a mere 40,000 barrels per day in June (Figure 6).  U.S. production fell 120,000 bpd in January. That was an good sign that the global over-supply would be alleviated sooner than later so prices could recover. 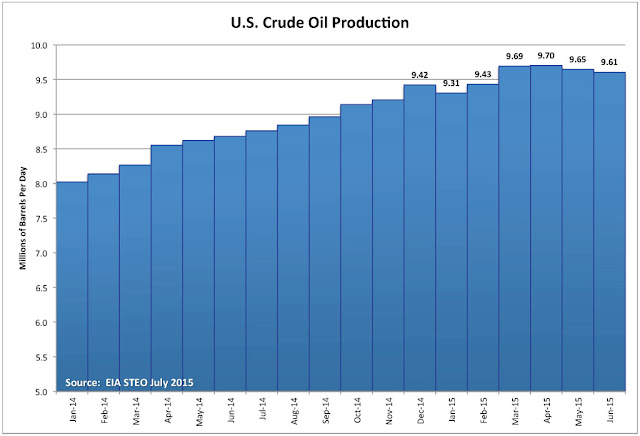 Then, an increase in prices in February and exceptional capital flow to U.S. tight oil companies resulted in increased U.S. production in February, March and April. Company executives boast about the resilience of U.S. tight oil production as if over-production and low prices are something they are proud of and that their shareholders value.

ConocoPhillips CEO Ryan Lance made macho proclamations at the OPEC meeting in June that tight oil “is here to stay,” single-handedly undermining the remote  possibility that a production cut might result from the cartel’s meeting.

U.S. E&P companies should get realistic about the situation they are in. Price will win this game. OPEC holds those cards for now.