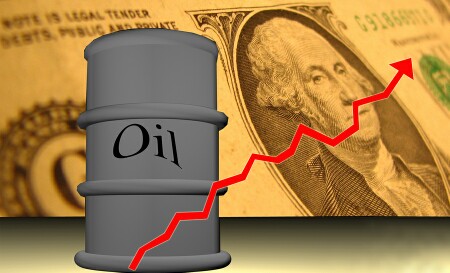 Donald Trump has officially become the 45th president of the United States. However, his impact has already been felt in numerous sectors of the economy as well as when it comes to foreign policy matters. How will his words and actions as president influence the price of oil?

His Pick for Secretary of State Runs ExxonMobile

Rex Tillerson is Donald Trump’s nominee to be the new secretary of state. He is also the CEO of ExxonMobile, which means that he will want to look for and exploit oil and gas resources wherever they may be. As secretary of state, it is also his job to manage any geopolitical issues that could halt oil production or cause any other disruptions to oil supply around the world. One positive is that Tillerson has a good relationship with Russia, which means that he could use his influence to ensure a steady flow of oil and gas from Russia to European nations that need it.

One of Donald Trump’s stated goals is to keep jobs in America. In recent years, oil companies have flocked to North Dakota in an effort to exploit new natural resources found near Parshall Oil Field. However, it is only worthwhile to companies to drill and recover these resources if the cost per barrel is high enough to guarantee a profit.

Therefore, Trump will want to keep oil prices as high as possible to ensure that America can keep oil jobs in the country as well as continue on a path toward energy independence. In addition,Trump’s presidency may also heavily impact the Fintech sector as startup financial companies look to finance new oil companies or those looking to benefit from the oil boom.

Donald Trump has called for a ban on Muslims entering the United States and has vowed to destroy ISIS. While the latter claim is certainly not controversial to many people, the idea of banning Muslims from the United States may not sit well with members of OPEC such as Saudi Arabia. While OPEC members need the United States as much or more than we need their oil, they could use their collective power to push oil prices toward $100 a barrel.

It is no secret to those who trade crude oil that the market is highly volatile. It is not uncommon to see the price of oil move several dollars a day or several dollars within a few hours. These moves can be caused by a hurricane disrupting production for a few days to even the threat of a war in the Middle East.

In theory, a simple tweet from Trump or an offhand statement made to supporters could send the price of oil skyrocketing to new highs or tumbling to new lows. Therefore, Trump could have an impact on oil prices whether he intends to or not.

Entering November 2016, no one thought that Donald Trump would be the next leader of the United States. However, now that it is a reality, it is important to understand his influence the economy including how his policies may influence the price of oil. At the very least, Trump’s desire to exploit oil and gas for the benefit of the United States will keep prices at current levels if not push them higher in the short-term.