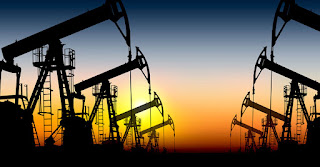 It has become painfully obvious that the much-hyped OPEC agreement to reduce global oil production by close to 2 million bpd won’t have the effect that its initiators had hoped for. True, crude has jumped above US$50 but failed to pass the US$55 barrier and move closer to US$60, which would have solved a lot of problems for some of the world’s biggest producers.

This price increase, however, has spurred optimism among some producers and motivated them to plan output ramp-ups, which will in turn dampen the upward potential of crude more effectively than growing doubts about top producers’ willingness to stick to their commitments under the historical agreement.

Let’s look at shale boomers, for instance: according to Tom Kloza, the global chief of energy analysis at the Oil Price Information Service, shale producers can add as much as half a million bpd to their output this year. They don’t even have to want to add so much – they may well have to, prompted by their lenders.

Then there is that doubt that the parties to the production cut agreement will be tempted to cheat and won’t be able or willing to resist the temptation. The three most likely cheaters seem to be Iraq, Iran, and Saudi Arabia. Iraq, because it is still locked in its fight with the Islamic State and needs all the petrodollars it can get its hands on. Iran, because it is in a rush to revive its energy industry and has made it clear repeatedly it has no intention to dance to any tune that Saudi Arabia plays.

Then there is Saudi Arabia itself, which spearheaded the latest attempt by OPEC to give prices a big push upwards. Saudi Arabia and Iran are regional archrivals. Now, with most sanctions lifted, Iran is eager to re-enter global oil markets, targeting some of Saudi Arabia’s biggest clients, such as China and India. It’s hard to believe, as Osama Rizvi noted in an article for Oilprice, that Riyadh will sit idly by, watching Tehran take a bite out of its market share.

Of course, markets also have to contend with the two exempted OPEC members, which are both doing their best to increase their output. Libya says it’s close to reaching a milestone of 900,000 bpd, on track to restore its production to pre-war levels. By the end of 2017, Libya plans to pump 1.1 million bpd.

Nigeria is also slowly but surely raising production even though it is still fighting with militants in the Niger Delta and the Boko Haram terrorist group. The country, however, has managed to raise its output to 1.6 million bpd and, according to President Buhari, should further improve it to 2.2 million bpd.

To further complicate matters, there is the duration of the cut agreement. As Tom Kloza notes in an interview for CNBC, it might well be over in six months, which is the term that the parties agreed. If someone cheats and/or if prices fail to reach the levels that most participants in the agreement are happy with, chances are that the cut won’t be prolonged into the second half of the year.

All of this means that supply is going to exceed demand for yet another year–the fourth in a row, in fact, as 2013 was the last year when demand was higher than supply. And this does not bode well for price trends over the next 12 months.