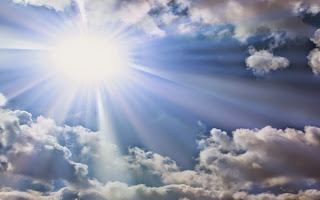 The consensus for a 226k increase in April non-farm payrolls got as close as reasonably possible to the actual 223k increase.  The positive news was tempered by the nearly 40k downward revision to the March report (85k down from 126k of the initial estimate).  However, the unemployment rate slipped to 5.4% from 5.5% despite the 0.1% increase in the participation rate.  Average hourly earnings increase by a meager 0.1% on the month for a 2.3% year-over-year pace.
The downward revision to March is disappointing.  It is not material in terms of new information for investors.  After the recent trade figures, investors realize that Q1 GDP will likely be revised to show a modest contraction (a little more than 0.1% quarter-over-quarter).  The key issue for investors is whether that Q1 performance is representative or not.
The survey data for April has been mixed.  This jobs report is the first hard data for the start of Q2. Other indicators pointed to a recovery in the labor market.  These included the weekly initial jobless claims, the employment component in the non-manufacturing ISM report, and anecdotal stories. News yesterday of an increase in US consumer revolving debt (credit cards) in March after two months of pay-downs is also suggestive.
More people working and getting paid a little more should help underpin consumption.  Our expectation that the economy is rebounding here in Q2 rests on two legs.  The first is continued absorption of slack in the labor market.  Today’s jobs report is consistent with that.  The second is consumption has to pick up.  Next week, April retail sales data will be reported.  The headline may be low, but the components used for GDP consumption (which excludes autos, gasoline and building materials) may rise by more than 0.5%.
While growth in the first quarter of the year has often disappointed, it does seem that weather again played a role.  In March construction employment fell by 9k.  In April it rose by 45k.   There were other factors too, like the port strike.  Many are asking where is the new spending from the drop in gasoline prices.  It is beginning to look as if Americans spent that in Q4 14.  Consumption was the strongest in a decade then.  Consumers pulled back in the first couple months of the years, but appear to be returning.
The data does not challenge the Fed’s views as outlined in the latest FOMC statement.  It expects the headwinds on the US economy to diminish and for the economic growth to strengthen.  It forecasts above trend growth this year.  The point we made earlier in the week, highlighting the decline in productivity, warns that the underlying rate of growth in the US has slowed.  This means that even with growth a little more than 2% it can still absorb labor market slack.
Research Report
analyst ratings
blogger opinions
investor sentiment
news sentiment
analyst ratings
insider activity
hedge funds
stats charts
You May Also Like