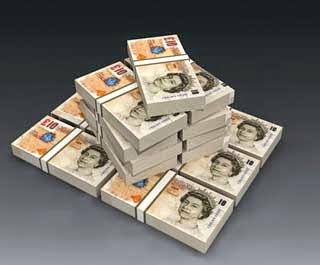 The unwinding of the long bonds/long US dollar position is continuing this week after it appeared to have reached climactic proportions last week. Eurozone benchmark 10-year yields are 11-12 bp higher today.   Gilt yields are up almost as much. Despite some encouraging signs from the Eurogroup meeting yesterday, 10-year Greek yields are up 15 bp.     US 10-year Treasury yield is being pushed a six basis points higher as well and is now near 2.34%.
The sell-off in bonds is taking a toll on equities.  European equities are sharply lower, with the Dow Jones Stoxx 600 off 1.6%, led by telecom and health care.  The S&P 500 are called nearly 1.0% lower.   MSCI Emerging Market equity index is off 0.8%, and that is of course before Latam markets are included.   Asian equities fared better as the Shanghai rallied more than 1.5%, and Japanese markets eked out a small gain.
The news stream is limited to largely two developments in Europe.  First, the UK industrial output figures were stronger than expected.  Since the surprising election results, the market has been inclined to buy sterling and today’s report provided a fundamental reason.  Moreover, there is some expectation that Bank of England Governor Carney may cast tomorrow’s Quarterly Inflation Report in somewhat less dovish terms.
Industrial output rose 0.5% in March.  The consensus was for a flat reading after a 0.1% rise in February.   Manufacturing rose 0.4% after a 0.5% rise in February.  The consensus forecast was for a 0.3% rise.  Recall that the March manufacturing PMI rose to 54.0 from 53.9 but slipped back to 51.9 in April.
Sterling rallied through the 200-day moving average near $1.5625.  The next target is the $1.5785 area from last December.  Beyond that lies $1.5880, the 50% retracement of the decline since last July when it was near $1.72.
The other development is in Sweden.  A soft inflation report and Riksbank minutes were released at the same time.  The take-away is the Riksbank could expand its bond purchases intra-meeting as it does not have a policy meeting scheduled until July 2.   The Riksbank seems more comfortable with buying more bonds than necessarily pushing yields further into negative territory (repo rate is -25 bp).
Sweden reported April CPI was unchanged for a -0.2% year-over-year rate.  The consensus forecast a 0.4% increase that would have kept the year-over-year rate unchanged at 0.2%.     The underlying rate, which is calculated using fixed mortgage interest rates (and hence is not a core rate that excludes some volatile items like food and/or energy) rose 0.7% rather than the 1.0% the consensus expected.
The euro formed a based near SEK9.21-SEK9.22 in recent days.  From that area has advanced to the SEK9.33-SEK9.34 area.  There is potential toward SEK9.40-SEK9.42.   Sweden’s 10-year benchmark yield is up five basis points and is among the better performers today.
Against the dollar, the euro repeatedly tested the $1.1130 area.  It is from that base that the euro has recovered to $1.1275.  The $1.1300 area is a minor retracement area and last week’s high was set near $1.1400.  It is also striking that the euro is keeping pace with sterling today.
We note that the speculative positioning in the futures market has hardly adjusted in the euro, especially when compared with the other major currency futures.  Although it is not been our preferred scenario, we recognize that the double bottom in the euro (March and April $1.0450-$1.0500) projects toward $1.1600-50.
The yen is being pulled in both directions.  On one hand, the backing up of US (and European) yields should be a negative for the yen.  On the other hand, the sharp sell-off in equities is usually a yen supportive factor.  Dollar-yen is little changed, straddling the JPY120 area while the euro and sterling are gaining on the yen.
The North American session features the JOLTS report, which typically is not a market-mover.  The more important US data this week is tomorrow’s retail sales report.  Although the headline may be subdued by the serial decline in auto sales, the GDP components are expected to fare better.
Research Report
analyst ratings
blogger opinions
investor sentiment
news sentiment
analyst ratings
insider activity
hedge funds
stats charts
You May Also Like