More specialty retailers release earnings tomorrow after the bell, and overall it’s been a good season for names in the space. Earnings growth for specialty retailers in the S&P 500 is at 13.6%, with revenue growth of 4.1%, the highest of any retail industry.

Ulta Salon, Cosmetics & Fragrance, Inc. (NASDAQ:ULTA) is one specialty name that has posted incredibly strong fundamentals for the last several quarters, reaping the benefits of a growing beauty sector which has seen annual revenues increase by 2.3% for the last five years according to IBIS World. For the first quarter, the Estimize community anticipates that Ulta will report earnings per share (EPS) of $0.95, 9 cents higher than the Wall Street consensus, and 4 cents higher than the company’s own guidance. Revenue expectations for $843.5M also surpass the Street and company guidance. This would indicate another quarter of year-over-year double-digit growth on both the top and bottom-line, something the company has been able to achieve ever since the second quarter of 2009. 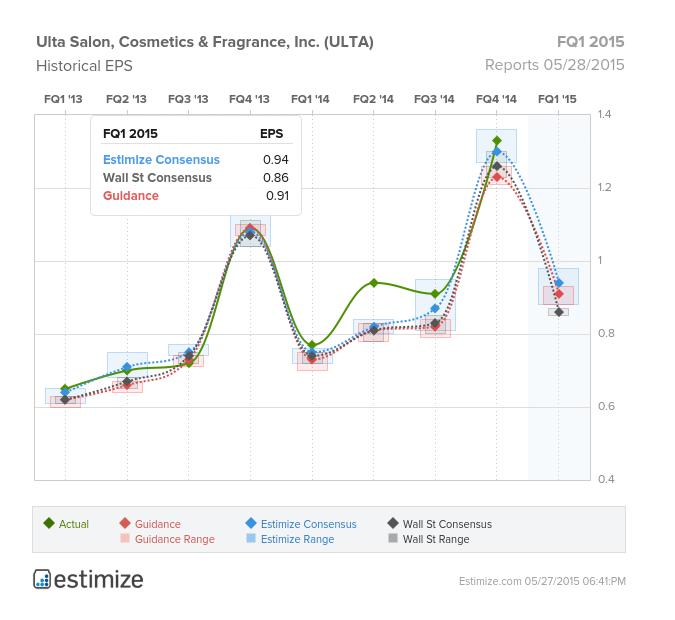 The beauty retailer has done a great job at pulling back on discounting and revamping its loyalty program, both efforts which have helped to increase average order value. Other efforts to invest heavily in better messaging, more targeted promotions and employee training have also paid off. While there is certainly stiff competition in the space, with many department stores such as Kohl’s, Macy’s and J.C. Penney doubling down on their beauty efforts, Ulta is the only to offer a products with a wide array of price points as well as salon services. While an awareness gap still separates it from competitors such as Sephora, the stock has done remarkably well this year, rising 20%. 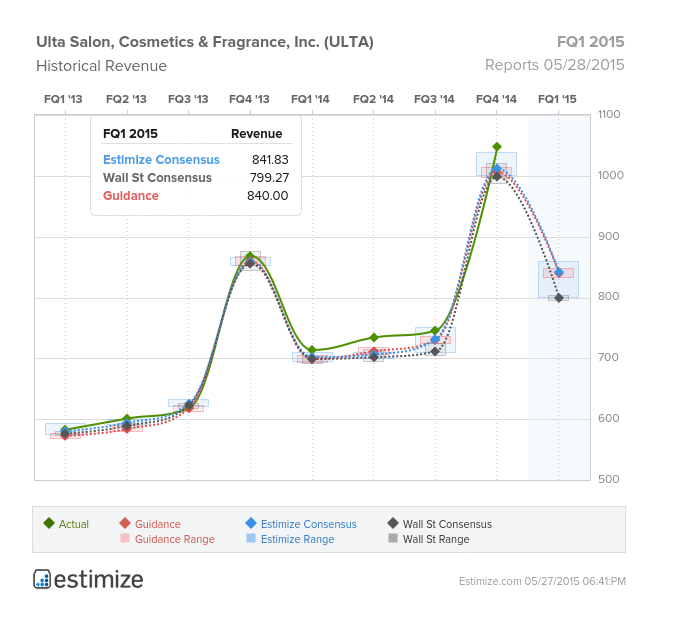