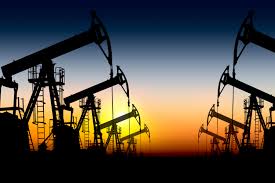 A slew of energy bonds have lost value as crude tumbled 44 percent in the past year. Since senior lenders are most likely the first creditors that would see losses on the debt, that has given them a leading role in driving the bankruptcy process to potentially own the distressed businesses, said panelists at the 31st Annual Bankruptcy & Restructuring Conference of the Association of Insolvency and Restructuring Advisors in Philadelphia on Friday.

“We are seeing many asset-based loans are bigger than the value of the assets,” said Jonathan M. Landers, a restructuring attorney at New York-based Scarola Malone & Zubatov LLP. “That gives a secured lender a much better shot to drive the restructuring process, because the junior creditors don’t really have practical interest anymore.”

Among securities weakened by the crude slide, oil-and-gas producer Samson Investment Co.’s $2.25 billion of 9.75 percent senior unsecured bonds maturing Feb. 2020 have lost 78 percent this year to trade at 9 cents on the dollar, according to Trace, the bond-price reporting system of the Financial Industry Regulatory Authority.
Sabine Oil & Gas Corp.’s $350 million of 9.75 percent senior unsecured debt due Feb. 2017 dropped to 18.3 cents, down 72 percent on the year.
Cross-Holding
Helping senior lenders take over companies emerging from Chapter 11 are creditors, such as hedge funds and private-equity firms, who own portions of the issuers debt across more than one class of borrowings, the panelists said. The presence of these type of lenders has grown over the last few years, they said.
“The new type of investors are not strictly buying secured loans — they buy second-lien debt and sometimes bonds,” said Dennis F. Dunne, a restructuring attorney at Milbank, Tweed, Hadley & McCloy LLP. “The cross-holding is helping smooth out the negotiations among different creditor groups in court because the plan is not only benefiting this one particular debt group.”
To be sure, holding junior debt in a company could also lead to significant write-offs when the value on the assets shrinks, the panelists said.
“Bottom line is, if a lender wants to do a loan to own nowadays, they should expect less objections from junior creditors as you saw before,” said Landers.