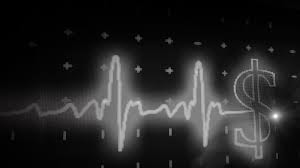 Economic data: Japan stands out with industrial production in Nov rising 1.5%, the most in five months.  It was a little less than expected, but the expectations for Dec (2%) and Jan (2.2%) are constructive.  This seems to be a function of two things: stronger exports and a cyclical function with inventories falling and shipments rising.  It seems to me too early to expect yen depreciation to have much feed through impact yet.

Separately, Japan reported retail sales jumped 1.7% (year-over-year).  It is the first gain since Feb and is twice the gain as expected.   However, earlier this week Japan reported a 1.5% decline in overall household spending.  This indicates what was gained in retail sales was more than offset else where and consumer sector is still weak in Japan.

Equities:  Good day in Asia, where the MSCI Asia-Pacific Index rose 0.3% to snap a six-day slide.  Of note the Hang Seng re-opening from a long holiday weekend rose (0.8%) from a five-month low.  Chinese shares that trade in HK also did well, rising 1.5%.  Indonesia, which broke a nine-day slide yesterday, is building on the gains today.  Foreigners had been consistent sellers previously.  European shares narrowly mixed, with the Dow Jones Stoxx 600 up marginally, but a higher close would be the third in a row.  Materials and energy leading the way.  Note that financials are lows, as are Italian bank shares.

Bonds:  Yields are mostly softer.  Of note the U.S.-German 2-year yield is making a new extreme near 210 bp. Be careful here.  The on-the-run, which is the latest 2-year bund that Germany sold is not the same as the generic yield, which is what the spreads are calculated from.  The U.S. 10-year premium is near 3.35%, which is also an extreme.   Gilts are leading the decline in yields today more broadly.  We note that Italy is keeping up with Spain.

Sterling: Traded on both sides of yesterday’s ranges, but held just above last week’s  lows.  I think the drop likely reflected thinness of price action.  A move toward $1.2270-$1.2280 seems likely in North America.

Euro:  Initially rose to $1.0480 in Asia (last week’s high ~$1.05), but was sold off and held yesterday’s lows to almost the tick.  It is not particularly pretty, but my sense is that the consolidation/correction remains intact.  A move back to $1.0460 or so would not be surprising.

JPY:  The dollar has been confined to about a third of a yen at the upper end of yesterday’s ranges. Initial support is seen in the  JPY107.40-50 area.  The dollar has closed above JPY118 once in recently and that was December 15.  In thin markets, the dollar is making higher highs and higher lows  this the third session.  The 10-year spread is steady around 2.50%.  Note that the BOJ appeared to be somewhat less active in the long-end of its curve, suggesting the recent stepped up action was a result of the speed of the move possibly rather than the level

Dollar-bloc and Scandis:  These are the strongest currencies today.  As far as I can reckon there are two forces here.  First is the thin holiday demand having exaggerated impact.  Second, there does seem to be some end-of-year parking of funds in high yielders.