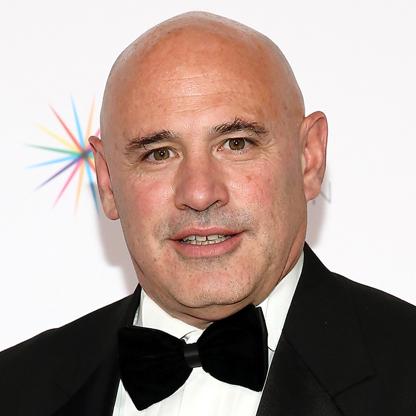 Citrone began his career in Julian Robertson’s legendary fund Tiger Management giving him the ‘Tiger Cub’ nickname along with other big-name fund manager such as Steve Mandel and Lee Ainslie. Citrone, who founded Discovery in 1999, is a fan of macro bets and emerging markets- a strategy that saw the firm lose money in both 2014 and 2015. These losses were somewhat offset in 2016 when the fund made a 9% return-  apparently from trades made in the last 2 months of the year alone. However the fund’s measured performance of 19.46% remains considerably below that of the average hedge fund (53.57%).

Perhaps surprisingly given fellow fund manager Bill Ackman’s recent exit from the stock with a $4 billion loss, Citrone initiated a new position in Valeant Pharma worth $5.11 million. So far the investment has paid off with shares up 28% since the last filing date.

Rumors have now surfaced that Valeant intends to sell eye unit Bausch & Lomb’s surgery products business to Carl Zeiss Meditec AG, a $4.6 billion medical tech company based in Germany. The deal could be worth about $2 billion, sources told Bloomberg, but added that it could take several weeks for an agreement to be signed as the two companies are just in discussions for now.

At the right price, a sale could be good news for the embattled health care stock Valeant which is trying to clear its massive $28.9 billion debt burden racked up from numerous acquisitions, poor sales and legal investigations into former pricing policies. This year Valeant has already sold three skincare brands to L’Oreal for $1.3 billion and its Dendreon cancer business to China’s Sanpower for $819 million.

Analysts are more cautious on the stock’s outlook. TipRanks shows that in the last three months the stock has received 2 buy, 9 hold and 3 sell ratings. The average analyst price target of $18.20 now stands at a 46% upside from the current share price of just $12.51.

In Q1 Citrone also decided to start seriously investing in semiconductor company AMD with a new position worth $164.63 million. So far shares are down, with a decrease of over 12% since the last filing date.

AMD is now seeing an unexpected boost in demand from rapidly exploding cryptocurrencies. Shares in AMD were up 7% on Tuesday making the stock the best-performer in the S&P 500 for the day after AMD revealed that cryptocurrencies are leading an upsurge in demand for its graphic cards. Bitcoin is up 200% this year, Ethereum an incredible 2900% year-to-date. AMD says that gaming continues to be the company’s main focus where it sees “solid demand” for its Polaris-based graphics cards.

However it’s possible that the situation will not end as well as the market currently believes. In December 2013, the same situation occurred and the demand for AMD’s graphic cards proved very temporary. At the time, Bitcoin rose and then dropping by 80%. This could happen again. Now Bitcoin is arguably also being boosted by a kind of cryptocurrency euphoria which could make the downturn even more severe. Perhaps that is why AMD is trying to downplay the news with the gaming comment.

The stock has a hold consensus rating from the Street, according to TipRanks which shows a spread of 6 buy, 9 hold and 3 sell ratings in the last three months. Due in part to the recent share gains, analysts are predicting downside of -8.74% to the average price target of $11.70 from the current share price.

In Q1, Citrone slashed the fund’s Amazon holding by a considerable 61%. The fund’s remaining position in the e-commerce giant now stands at $165 million- making it the fund’s fourth biggest stock. And since the last filing date it has performed well with shares up 14%.

Amazon has just announced that it will discount its Prime subscriber service by 49% to just $5.99/ month for customers with verified Electronic Benefits Transfer cards (i.e. people who are involved in a government assistance program). Prime membership means customers can receive special product discounts, free same-day delivery, free monthly e-books and access to more of Amazon’s entertainment offerings. The reduced rate lasts for one year, but can be renewed up to four times according to Amazon, which says it intends to expand the offer to similar assistance programs in the future.

The move by Amazon towards a lower-income market is an interesting one, especially as smaller rival Walmart is concentrating its efforts on the more affluent consumer says KeyBanc analyst Edward Yruma. This will increase the competitive pressure on other retailers trying to find their niche in between these two giants, writes Yruma. According to Yruma, 51% of US households are Amazon Prime members, and this new initiative will push that percentage even higher.

While the stock has a very negative hedge fund confidence signal, the Street is much more bullish on Amazon’s outlook. Over the last three months, the stock has received 28 buy ratings and only 3 hold ratings. The average price target of $1,104 also represents further upside potential for the stock of close to 10% over the next 12 months.