With Tiffany’s Stock Already Tarnished, Could an Earnings Beat Restore its Shine? Tiffany & Co. (NYSE:TIF) is set to release it’s FQ4 2014 results before tomorrow’s opening bell. The Estimize consensus is calling for EPS of $1.55, a number that has fallen 4 cents just this month alone and is still above the Wall Street expectation of $1.50. Revenue estimates of $1.33B are just slightly ahead of the Street’s consensus for $1.30B. 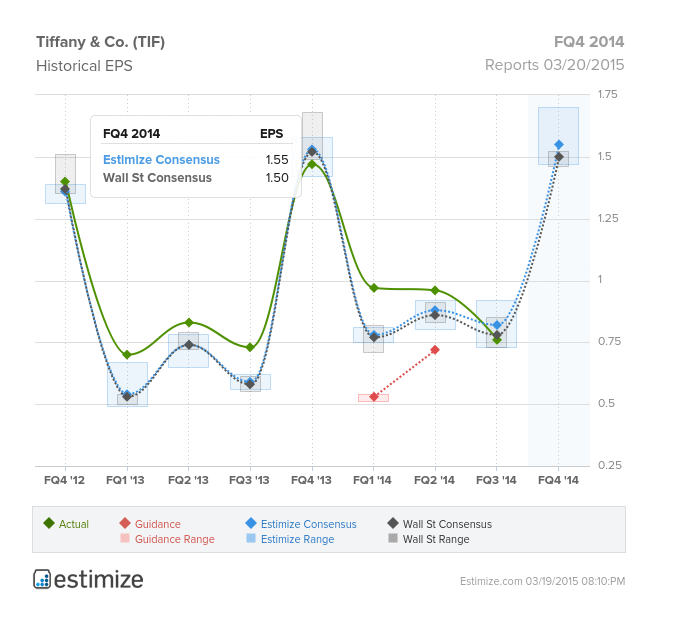 The luxury retailer already released results for the holiday season, and the numbers weren’t pretty. Worldwide sales of $1.02B in November and December fell 1% from the same time in 2013. On a constant-currency basis, sales did increase 3%, but comparable store sales were flat.  The geographic breakdown makes Tiffany’s pressure points more apparent. Asia-Pacific continued to be the strongest region, with revenues increasing 7%, driven by China and Singapore. Even Europe saw a slight uptick in sales of 1%. Weakness, however, was found in the U.S. which saw a sales decline by 1%, and of course Japan which was down 16%. 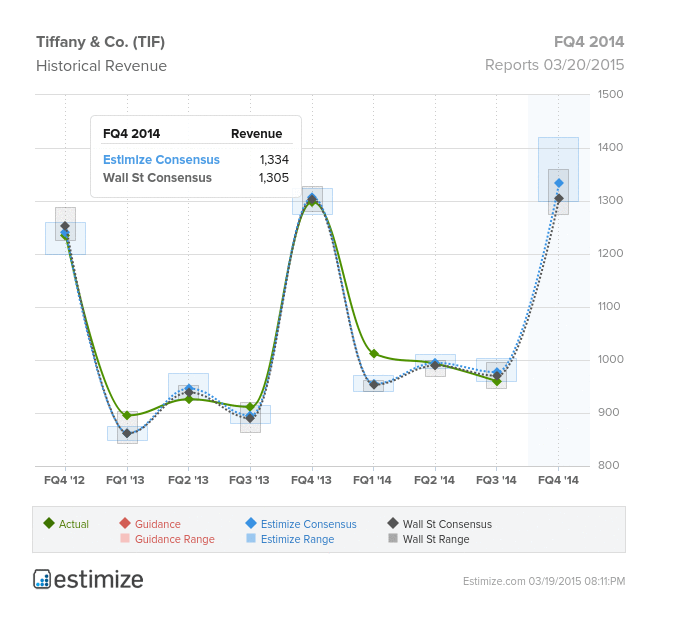 Tiffany & Co. derives less than half of its of sales from the U.S., meaning it heavily relies on the global economy for a majority of its revenues. Like so many of the other multinationals that have reported this season, Tiffany will again be hit this quarter by the stronger dollar. The issue was noted in third quarter results, with a softening seen in Asia, but that region in particular seems to be on track for a strong holiday quarter. The biggest concern for the luxury retailer continues to be the decline of luxury good sales in Japan due to the consumption tax increase that kicked in on April 1, 2014.