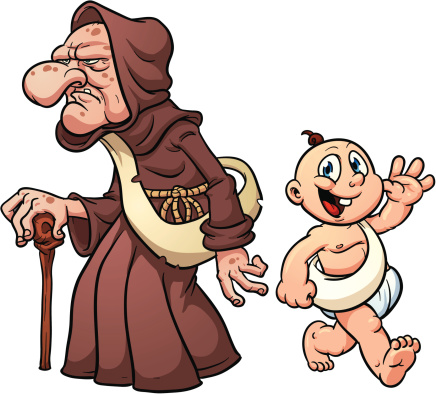 In thin holiday markets, a correction to the trends seen in Q4 has materialized.  The US dollar is heavy.  Japanese and European equities are lower.  Bonds are firmer.

Some reports try to link the moves to the unexpected weakness in the US pending home sales, but this is a stretch and merely seeks to construction a post hoc explanation for the year-end position adjustments.  Pending home sales is not a report that moves the market.  The 2.5% decline in November is the fourth largest decline of the year, and the other three did not seem to spur a market reaction.  Moreover, the dollar remained firm until after European markets closed yesterday.  In fact, the euro reached its low near $1.0370 several hours after the US report.

US equities fell yesterday, with the S&P 500 posting its largest decline in a couple of months. The Dow Jones Industrials were turned back again ahead of the psychological 20k level.   Japan, Chinese and Taiwanese equities fell, but most other markets in Asia rose, and this was sufficient to lift the MSCI Asia-Pacific Index by a quarter of a percentage point for the second consecutive session, ending a six-day slide.   Of note, Indonesian equities have continued to recover.  The markets three-day advance has lifted the bourse by 5.2%.  Recall foreigners were consistent sellers of Indonesian equities from early November through the middle of December.   Foreign investors are re-weighting Indonesian exposure and have been net buyers for a sixth session through yesterday, and were seen as buyers today, though the final data has not been reported.

European equity markets are mixed, but mostly lower, with the Dow Jones Stoxx 600 off about 0.25%.  Financials and materials are the weakest sectors today, while health care, telecoms, and real estate are posting gains.  Yesterday it closed at its highest level of the year.  The Stoxx 600 bank index is off 0.8% today.  Italian bank shares are off around 0.6%, falling for the third session, and likely setting the stage to snap a four-week 25% rally.

Bonds are rallying.  Core European bond yields are off 2-3 bp, though the 10-year UK Gilt yield is off six bp.   Yields in the periphery of Europe are only slightly softer.  US 10-year yields continue to fall.  Recall the yield peaked in mid-December near 2.64%.  With today’s four basis point decline, it is at 2.46%, which is below the 20-day moving average for the first time since November 9, the day after the US election.

The news stream is light.  There have been two economic reports from Europe.  First, EMU money supply increased to a 4.8% pace in November from 4.4%. Recall M3 growth slowed sharply in October from 5.1% in September.  The recovery in November underscores the noisy character of the time series.  Lending ticked up in November.  Credit extended to non-financial firms rose 1.8% from 1.7%, while lending to households increased 2.1%, up from 1.9%.  Second, UK house prices measured by Nationwide, rose 0.8% in December, well above expectations, and sufficient to raise the year-over-year pace to 4.5%, the same as in December 2015.

The US reports the advanced merchandise trade balance for November.  The deficit is expected to be little changed from just less than $62 bln.  Wholesale and retail inventories will also be reported.  Together, these reports will feed into economists’ forecasts for Q4 GDP.  It does appear that the composition of growth may have shifted, with a little less consumption and a little more investment.   Weekly initial jobless claims are expected to fall but are skewed by the holidays’ and will likely be largely ignored.

The dollar is threatening to fall below its 20-day moving average against the yen for the first time since the US election.  It is found a little below JPY116.20 today, which also roughly corresponds to the 61.8% retracement of the gains since the Fed hike.  The yen appears sensitive to the falling equities and Treasury yields.  It is also a question of positioning.  In the futures market, speculators have aggressively amassed a large gross short position over the last few weeks, suggestive of other trend followers and momentum players.    A break of JPY116.00 could force other late-dollar longs out and spur a move toward JPY115.25-JPY115.50.

The dollar-bloc currencies are attracting funds, perhaps as a place to park until liquidity returns.  The Australian dollar has carved out a base near $0.7160.  Initial resistance is seen near $0.7230, and a move above there could spur a recovery toward $0.7300.  The US dollar reached a nine-month high against the Canadian dollar yesterday just shy of CAD1.3600.  It has approached CAD1.35 in the European morning.  Support is seen near CAD1.3475, and a break could see a move toward CAD1.3360.

Brent is extending its advance for a fifth consecutive session, while WTI is lower and is threatening to end its eight-session march higher.   Gold is higher for the fifth session.  It has not managed to close above its 20-day average since right after the US election.  That average is a little below $1149 today.

Lastly, we note that China has moved to reduce the role of the dollar in its trade-weighted basket by adding another 11 currencies.  The dollar’s weighting will fall to 22.4% from 26.4%  at the start of 2017.   Several new emerging market currencies will be included such as the South Korean won, the South African rand, the United Arab Emirates’ dirham, Saudi Arabia’s riyal, Hungary’s forint, Poland’s zloty and Turkey’s lira. Although the yuan is at an eight-year low against the dollar,  it is near a four-month high against the current CFETS basket.