Anybody who tells you they know where the oil market is headed for 2016 is inexperienced, too stupid to realize there are far too many variables in play that are unknowable to predict with any accuracy their effects on other variables in the oil equation, talking their own respective books, just piling in with the recent herd mentality on the street, giving an opinion about as valid as the best paint color for a room, or like to see themselves on television talking about the hot market moving topic du jour. If Experts were paid for Accuracy

We have written extensively on the topic, have a lot of experience in the industry, were right regarding the direction, but frankly wrong about the timing of the inevitable market correction. I remember reading all the comments at the time of our analysis with reactions such as “Shale requires $80 a barrel oil prices”, or “OPEC needs $85 a barrel oil prices so oil can never go lower than $85 a barrel”, “Shale wells depletion rates mean…”, and “China is going to use so much oil that…”. I have to sit back now and smile when IHS, Goldman Sachs, and the IMF or any other oil analyst gives their predictions for the price of oil for the end of 2016.

Just look at all the predictions at the start of 2015 for oil prices by year`s end? Most analysts saw oil prices being weaker the first half of 2015, only to rise by the third, and be even higher by the 4thquarter of this year. I would say most analysts had the price of oil much higher than $55 a barrel by year end if we made them commit to a price at the beginning of 2015. Well we aren`t even going to end the year above $40 a barrel. And similarly don`t look for the oil futures curve to be any better predicting future price points in the commodity as just look at where it was priced right before the turn in oil markets in 2014. The futures curve has basically become a lagging indicator of a lagging indicator, basically mimicking the current sentiment in the market and extrapolating out the curve. It is about as useful as a personal psychic reading is in predicting one`s future course in life. 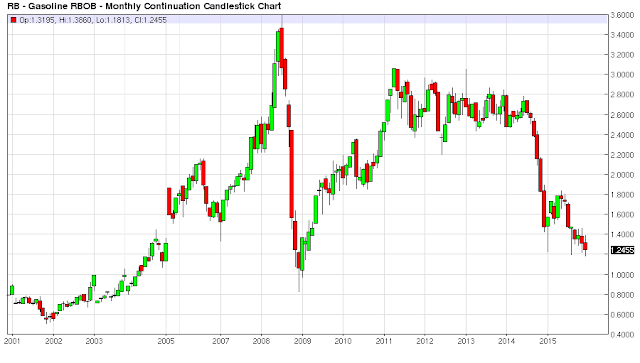 There are just too many variables that effect other variables within the oil market dynamic to determine with any accuracy where the price of oil will be by the end of 2016. If two variables go one way instead of another, they affect other dependent variables, causing a whole cascading effect which leads to an entirely different outcome. And the problem with the oil market is there are in excess of 10 extremely important variables that if any one of them goes offline or different than the consensus forecast this throws the entire oil market equation analysis game completely off course. Consequently if one starts with the premise that the price of oil is unpredictable for 2016, then what do we know? Where can we at least have a foothold for pretty reliable assumptions? Well let’s start with this, we know at some price oil operations will shut down. What price does oil need to go to before oil operations shut down? Moreover, that such money is lost that banks will not finance operations even if oil prices rise because they realize that this would just bring new production online only to have oil prices fall again, and they lose money all over again. 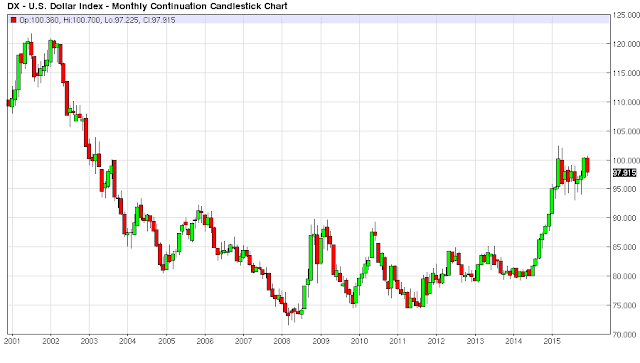 Thus it isn`t can an outfit make money for six months or a year, but can they make money for 10 years, can they withstand a downturn in prices? There will be a much higher bar for lending just like the end of the no down payment loans in the real estate sector. This probably means there needs to be a whole lot more pain in the credit markets where even if oil rises to $55 a barrel it doesn`t mean one is getting a loan to start pumping again only to have oil fall due to more shale production going back online.

I would surmise that around $20 a barrel major money is lost, and lost fast with major credit events bringing about so much destruction and pain that lending decisions aren`t based on where the price of oil is for six months but can it average such an such a price for 5 years without an over glut in supply happening all over again. Therefore I am latching onto the $20 a barrel floor because of the idea that production goes out of business at this price, and stays out of business the longer duration oil hovers around this level. 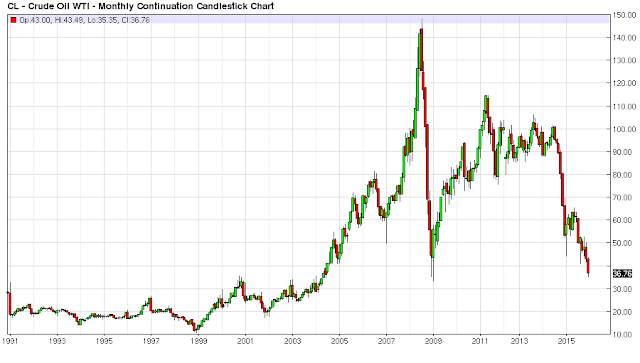 At this price it doesn`t matter whether oil will rise back to $55, if enough money is lost at $20 a barrel, this is a major deterrent for future projects going back online without an outright raging bull market in oil. The way oil projects were viewed after the oil collapse in the 1980s, conservative lending environments with 10 year time horizons required and supported by a consistent cash stream of average oil prices well above production costs for the project on a 10-year going forward basis. Just because an oil operation can make money for 6 months isn`t a reason to provide lending for said oil operations, and banks are going to start getting this principle.

An example of an unknowable variable in the oil market is what happens to Shale oil if oil gets down to $20 a barrel? Does US Production drop off a cliff to 6.5 – 7 Million barrels a day? Does it go even lower, say 5 million barrels a day? And how fast does this happen? You see how one variable is dependent upon another variable. These two concepts of speed and depth of the fall in price are inextricably linked in the equation; and they are completely unknowable in my opinion.

Another unknowable variable is how do the budget changes in Saudi Arabia just two years after the Arab Spring, and cutbacks in government subsidies to the general populous affect political stability in Saudi Arabia? This hasn`t occurred in the modern era of Saudi Wealth and this generation of always having ample resources and strong pricing power for their main funding source as a country. Just imagine all the London shops, hotels and medical facilities all courting and setup up around Middle East Oil money built upon an $80 a barrel price model. Saudi women are going to be put on major budgets, i.e., they cannot leave the country to spend or shop!

But on a serious note, what happens to the price of oil with a political instability event in Saudi Arabia causing major oil production in the country to go offline in the process of a political uprising? If this variable goes different than the current status quo this changes the entire oil market at the drop of a hat! If Saudi citizens were unhappy with $120 Brent oil easing their existential pain, how about $40 Brent prices? Is the real Arab spring in the cards for 2016?

The Event Variable, and Reaction Variable

I can make a case for oil being below $30 a barrel for the majority of 2016, and I can make a case for oil being above $60 a barrel sometime in 2016, and a bunch of places in between. It all depends on how certain variables play out, and how other variables react to each other, and off of the “played out” variables. The event is one thing, how a certain variable plays out; but the reaction to this event, is an entirely different event that needs to play out. For example, oil prices dropped and instead of OPEC curtailing production they started pumping more to try and make up for lower revenue coming in by raising production as a reflexive coping mechanism.

I bet OPEC never factored into their analysis the lifting of the US Oil Exporting Ban in 2015 after being a non-starter for so many decades. This is a prime example of an unknowable variable, and wasn`t even part of OPEC`s analysis in 2014 when they decided to not cut production at their initial OPEC meeting after prices broke $80 a barrel. And I can make an argument for this lifting of the export ban as being bullish and bearish as a catalyst in the oil market over the longer term. It depends upon how other variables and market dynamics play out and off of this change going forward as to whether this lifting of the exports ban ultimately becomes a bullish or bearish variable for oil prices.

I don`t know where the oil market is going, and I sure cannot predict the bottom. However, I think one can make money at the $33 a barrel level sometime in 2016. If you held me to a prediction scenario, here is one such of many scenarios I could envision. We start 2016 and new money comes into the oil market from the short side pushing it lower. This plays out in seasonal builds as the refining industry slows down capacity for maintenance with some large weekly inventory builds similar to last year. Then buttressed by production cuts in US domestic production and an anticipation of the ramp up to the summer driving season the dip buyers are rewarded with a nice run from the bull side supported by gasoline demand. This is probably the most likely scenario for making money from the long side of the equation in the oil market for 2016.

Economist Answer: It all depends…if X then possibly Y

But this could all change as early as the next inventory report if we have back to back to back large drops in US Production and suddenly we are at 8.6 million barrels per day and a rather large short squeeze has ensued in the oil market by late January. You see how fast variables can change? And trust me there is a good $15 dollars of “shorts covering” in the current price of oil that can happen faster than a contract rollover period! Therefore, when you want to know where the price of oil is going? Well it all depends on variables – and many of these are unknowable. Sometimes the wiser analysis is taking note of the shortcomings of the prediction business.