The Many Failures of the CPI

Austrians oppose the whole notion of trying to accurately measure “inflation” which mainstream economists see as a general rise in prices. (Austrians view inflation as a politically engineered increase in the money supply.) 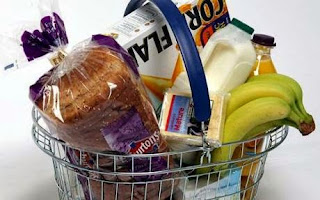 A few years ago, mainstream economists like Paul Krugman chastised the Austrians for the lack of anticipated price inflation in the economy. However, their mistake was a fixation on the Consumer Price Index (CPI). If you looked around at other prices in the economy you could see higher prices in just about every other market, such as commodities, oil, gold, producer goods, real estate, and stocks.

More recently, mainstream economists have returned to fears about there not being enough inflation, and their outsized fear of deflation. For them, their fear justifies Zero Interest Rate Policy (ZIRP) and Quantitative Easing (QE), but they fail to explain why we must have rising prices. When it comes to the cost of living, most people prefer falling prices to rising prices, a condition that typically characterizes a true free market economy.

The Futility of Price-Inflation Measurements

The practical problems with price indexes such as the CPI are the issues of which prices are to be measured and what “weights” will be assigned to what goods. Another problem is deciding what to do about changes in quality. For example, what do you do when Apple Inc (NASDAQ:AAPL) introduces a new and improved iPhone at the same price as the previous version?

Those sorts of adjustments do not seem fair to most normal people. If you are eating more ramen noodles and fewer lamb chops you can take little comfort in the fact that that the CPI is staying inside the Fed’s target range. Moreover, under the system of hedonic adjustments, every time entrepreneurs and engineers come up with better products for consumers at lower prices, the Fed takes credit for keeping inflation under control.

A Debate Over Alternative Measures

One economist that takes exception to these adjustments is John Williams, owner of ShadawStats.com. Williams offers alternative measures of government statistics based on older methodologies where the goods, weightings, and quality adjustments play less of a role. His measure of CPI, for example, shows price inflation much higher than government statistics. Whether Williams’s calculations are more accurate than the government statistics is hard to say, however, because both are constructed on the same inherently flawed foundations.

One recent critique of Williams’s statistics comes from Ed Dolan. He criticizes Williams not for his belief that CPI understates the impact of the Fed on the cost of living, but for the way he calculates his alternative measure:

No one really denies that the CPI, as presently calculated, understates the rate of inflation compared to a measure based on a fixed basket of unchanged goods. Rather, what many economists, myself included, find hard to accept is Williams’s estimate of the degree of understatement.

This friendly dispute does not solve the problems of calculating the cost of living or price inflation, but only serves to underscore the futility of such an undertaking, a point first established by Ludwig von Mises.

Furthermore, the whole discussion obscures the real impact of the central bank’s “monetary policy.” In the absence of a central bank, it is generally assumed that the supply of money would grow slowly because real resources have to be expended to create gold and/or silver (or anything else, including Bitcoin) to serve as the monetary base.

In an expanding market economy, improvements in technology, efficiency, and productivity means that you would experience real economic growth per capita of at least 2-4 percent per year. If the supply of money is increasing slower than production, then the economy will experience price deflation and a stronger currency.

What Would the CPI Be With a Fixed Money Supply?

The full impact of the central bank’s monetary policy is better described by adding consumer price inflation (higher prices) and the foregone price deflation together. The combined amount shows a truer picture of the negative impact the Fed’s monetary policy has on the typical wage or salary earner. Economist Mark Brandly provides an estimate of this damage to an economy that consists largely of workers on fixed wages.

What would this mean for the common man? Brandly provides a few estimates about what this world would look like in terms of the prices of goods the consumer would face today:

Ultimately, however, “fixing” the CPI would accomplish little. The Fed would continue to do significant harm to the working class and enrich the wealthy and the political class. The Fed has destroyed the incentive to save and turned financial markets into crony casinos. Meanwhile, economic inequality is the worst in American history. The Fed has blown up enormous economic bubbles and they are stuck with seven years of ZIRP and are too afraid to change course for fear of blowing up the world economy. Tinkering with the CPI won’t solve these problems.