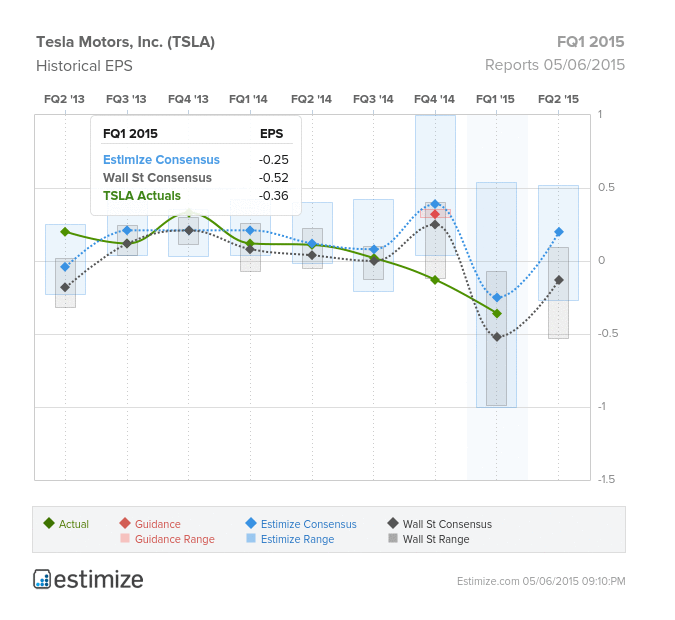 Tesla delivered a record 10,045 vehicles which resulted in a quarter that matched the average sales prediction from the 149 estimates on Estimize. Revenue increased 55% compared to the same quarter of last year thanks to improved production capacity and deliveries. 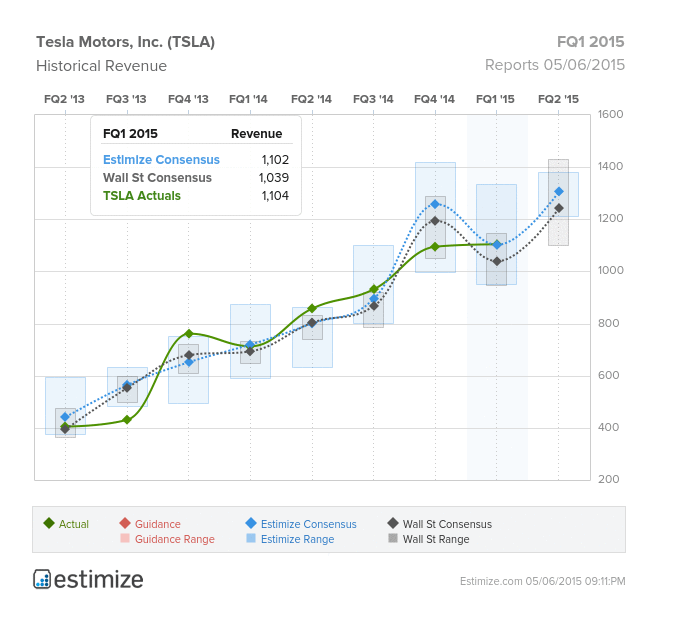 While revenue growth was strong, Tesla lost more money than Estimize contributors expected. Elon Musk’s company cranked up its spend this quarter to improve its facilities and launch Powerwall, its Tesla Energy home battery product. Tesla reported a Non-GAAP net loss of $45.25 million compared to a net gain of $17.02 million in the comparable quarter of last year.

Looking ahead Tesla says its crossover vehicle, the Model X, is on track for deliveries beginning in late Q3 which may come as a relief to some investors. No further delays should be viewed as good news.