Worried about a volatile oil and gas market? Paradigm Capital’s Ken Lin advises waiting for quality companies to take a hit before swooping in to stock up, and then taking profits on the way up to avoid being caught in future carnage. In this interview with The Energy Report, Lin outlines eight companies with underlying strength. 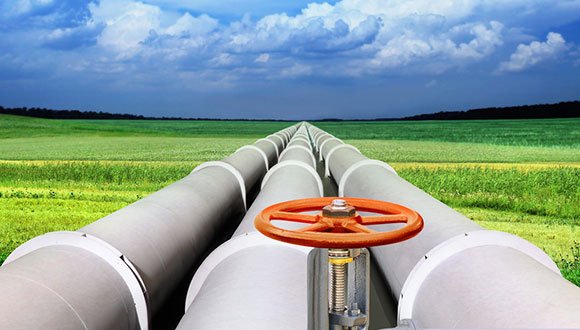 The Energy Report: Brent oil prices have been in the $60+/barrel ($60+/bbl) range for most of the last month, and West Texas Intermediate (WTI) has stayed above $50/bbl. Did oil establish a bottom? What indicators are you watching to see if the trend will continue?

Ken Lin: We probably reached a bottom at the $45/bbl WTI level. When you look at the fundamentals, nothing really works at the $40/bbl price. It also doesn’t work at $50/bbl or $60/bbl. When companies continue to lose money at the current commodity price, that points to higher commodity prices later in the year. They’ll probably settle out at some point.

TER: Are you worried about pressure from high storage levels?

KL: We do watch storage levels, but rig counts are the main thing we are looking at right now. Companies have reduced their capex budgets quite dramatically. We’ve seen cuts, in some instances, of up to 50% from the previous year’s levels, and companies are continuing to reduce capex programs. Inventories are only a small part of the oil price picture.

TER: Based on that reality, what is the best way to blunt the pain during times like this?

KL: Oil and gas investors have experienced volatile cycles over the last five years. One way to protect yourself when you see movements of 50–100% in returns in a quarter or two is to take profit off the table. That can mitigate some of the ups and downs.

TER: Is that what you mean by “renting the space”?

KL: Because of the volatility and the short nature of the commodity cycles today, it’s very hard to maintain a buy-and-hold strategy. Because we think the volatility will continue, my preference is to “rent” the names, meaning that you layer in positions over shorter terms and take profits off the table when there are big swings.

TER: We have been talking about oil; is the same true for gas? When will we see a bottom there?

KL: We are a little more bearish on the natural gas side, especially for 2015. We had a very cold winter, yet we’ve seen no reaction in natural gas prices. Summer to fall is traditionally a seasonally weak period for natural gas. We could see an average ($2–2.50/Mcf) AECO natural gas price for the rest of 2015.

“We probably reached a bottom at the $45/bbl WTI level.”

Production of gas in North America continues to grow despite the fact that there has been no real capital allocation. There has been a stepwise change in well productivity because of technological improvements over the last five to seven years, so we now get more gas for less money even though fewer wells have been drilled. I don’t think we’ll see that dynamic change for the next five to 10 years. That could be the new normal. I wouldn’t expect to see $10/Mcf—or even $6/Mcf—natural gas prices anytime soon in North America.

TER: Based on the new normal, what companies are doing a good job of positioning themselves for success?

KL: What we are looking for in a company, regardless of the commodity price movements, are a clean balance sheet with the ability to weather any commodity price environment, lower operating cost producers, and a good collection of assets, where you have control of your own infrastructure—and destiny—instead of leaving it to third parties. The lower the operating costs, the more likely a company will still be able to generate a return, even at lower natural gas or oil pricing. Companies with these three ingredients will move up with the market and enjoy some protection during tough times. They will be able to take advantage of downturns in the cycle, as compared to the competition.

TER: Which companies have that trifecta of traits?

KL: Companies like Raging River Exploration Inc., TORC Oil & Gas Ltd. and Spartan Energy Corp. on the oil side. On the natural gas side, names that fit that would include Kelt Exploration, Painted Pony Petroleum Ltd. and Pine Cliff Energy Ltd.

TER: Raging River reported a significant increase in reserves at the end of the year. Were you happy with the company’s 2014 performance?

KL: Raging River has a defined play in the Viking area in Saskatchewan. It has a very clean balance sheet, with less than 1x debt:cash flow. It has a definable strategy of how it’s going to grow, even in a lower commodity pricing environment. The company can still show growth at 20% year-over-year on the forward strip. In an environment like we have now, this is the kind of company you want to take a look at, because strong companies become stronger. Strong players are going to be able to acquire both assets and companies because they have good balance sheets. Also, the market has given them excellent cost of capital because they’ve been able to execute on their strategies.

KL: It did. Spartan is very similar to Raging River. It has a clean balance sheet and a clearly defined strategy. It has an excellent management team and is in the right area code, Saskatchewan. It has capital, which it can use to actually execute on accretive acquisitions.

TER: Let’s move to gas-weighted plays. What do you like about Painted Pony?

KL: It is a play on liquefied natural gas. Like the other two companies, it has a clean balance sheet with cash on hand. It has been drilling very good wells at its Town area in the Montney. It has a good collection on a contiguous play.

TER: Kelt Exploration recently made an acquisition. What attracts you to this company?

KL: I may sound like a broken record here. Kelt is in a different area code than Painted Pony, but is also natural gas-weighted. It has a cost-of-capital advantage, a clean balance sheet and the ability to access capital markets. The company is building a massive land position and has a great management team as well.

TER: Do either Kelt or Painted Pony have upcoming catalysts that investors should be watching for?

KL: I think all these companies will be active on the drill bit, so we could see well-specific catalysts in their respective areas. There is going to be continued consolidation, where companies with the cost of capital and clean balance sheets will be able to execute on acquisitions—either via assets or companies—and consolidate land positions and assets.

TER: Is that the same for TORC?

KL: It is exactly the same for TORC, as you can see with its recent Surge Energy Inc. acquisition. It is beefing up exposure in its core areas so it can use its balance sheet and cost of capital to bolster what it already has.

TER: What are some other companies that the market isn’t recognizing for their full value?

KL: Legacy Oil + Gas Inc. is very interesting from the perspective that it has a good collection of assets in Saskatchewan and Alberta. It’s been beaten up because of the perception of its higher debt level, but I think that’s where investors have some opportunity. Companies with such a discounted valuation are ripe for a catalytic event that extracts the value. Right now, you’re looking at potential asset sales for Legacy to help clean up its balance sheet. Hopefully, it can get a rerating once that is complete.

“Companies with the cost of capital and clean balance sheets will be able to execute on acquisitions.”

Rock Energy Inc. is interesting from a valuation perspective because it has a Viking asset position. On the valuation side, it’s trading at a massive discount on a cash flow basis, essentially a 1.8x 2016 enterprise value:debt-adjusted cash flow multiple. It is trading slightly below its net asset value.

But the key is its Viking land position, where there was a recent transaction close to its acreage that sold for $115,000 per flowing barrel. There are very few sizable Viking assets left in Saskatchewan, and Rock may have one of the few large land positions left that is prospective for Viking in Saskatchewan. It may be a consolidation target down the road.

TER: Rock is utilizing enhanced oil recovery. How much of an impact could that have?

KL: The important thing with enhanced oil recovery is that, if it’s successful, it generates very good economics, partly because of the lower royalty structure versus conventional. We’re talking a difference 20–25% of royalties to 1–2%. That’s a significant cost savings. If Rock is successful, it would bring on barrels for a cheaper price versus drilling new wells.

TER: What final advice do you have for investors looking to leverage the upside of a possible oil price rebound without taking too much risk?

KL: I’d be cautious going into this summer period. There’s an old adage: “Sell in May, go away.” It’s very true for the oil and gas space. Given where valuations are, I do think that the market is very fairly valued at this point in time—maybe even expensive given the forward strip, and reflecting much higher commodity pricing. Even if we have a commodity price lift, I don’t think that there will be a lot of alpha generation. I’m more about downsizing due to seasonality.

I would look at summer as a time for watching the space, putting your favorite names on your radar and picking up those names on any sign of big weakness. You will probably find some bargains out there. The volatility is not over yet.