The hedge fund firm founder is stepping into tech stock HMNY and biopharma stock GWPH; here's how these Q4 moves measure up against the word on the Street. Philip Hempleman first founded his hedge fund firm Ardsley Partners in 1987 to take advantage of making the most of returns down the line- by picking the best stocks and actively managing long-short equity portfolios. In charge of all investment activities at his firm, Hempleman’s latest picks show he sees new advantage in two stocks: Helios and Matheson Analytics Inc (NASDAQ:HMNY) and GW Pharmaceuticals PLC- ADR (NASDAQ:GWPH).

For context, Hempleman had a former life as a portfolio manager for the Oppnehimer Target and Special Strategies. In this era, with the guru guiding the fund, the Target Fund shone as the greatest performing mutual fund in both 1981 as well as in 1982. The NYU MBA graduate has kept his expert eye on professionally managing assets for over 4 decades now, and in these forty years, the man has learned which stock picks draw in the most promising returns. Hempleman’s firm operates on the following key strategies: long-biased long-short equity, renewable energy and clean tech long-short equity, worldwide technology long-short equity, and healthcare long-short equity.

Was Hempleman wise to buy into HMNY and GWPH?

The hedge fund manager must like the Netflix-level potential of Helios and Matheson Analytics and its majority-owned subsidiary MoviePass, as Hempleman initiated a fresh stake in the tech company. In a bullish fourth quarter play, Hempleman has guided Ardsley to grab a new holding of 450,000 shares worth $2,849,000.

The tech company’s bullish camp is growing wider, as Canaccord analyst Austin Moldow also spotlights a “growth vector” from MoviePass in the days of “a challenged theatre sector.”

Calculating that merely 15% of movie seats- a fraction throughout the U.S. each year, the analyst sees HMNY’s MoviePass as a smart demand driver as well as “inventory manager for movie theatres,” with great potential to score upside. The platform captivates consumers with a cheap option to pay $10 each month for essentially unlimited movie access, which in turn gives moviegoers “a fresh reason to seek out the big screen.”

As such, the analyst initiates coverage on HMNY stock with a Buy rating and a $15 price target, which 213% upside from where the shares last closed. (To watch Moldow’s track record, click here)

Overall, “We view movie theatre seats like airline seats or hotel rooms, with a near-zero marginal cost to filling one but a big revenue miss if left empty. However, we estimate that only 15% of theatre seats in the U.S. are filled each year. Similar to the online travel agencies, the MoviePass unlimited subscription product provides a mechanism for aggregating demand and creating a new profit pool to share with exhibitors. We expect continued rapid growth, with MoviePass having attracted 2M subs in just 6 months since relaunch and our forecast calling for 12M subs by 2022. With this audience level, we believe MP should evolve to yield considerable bargaining power, which should drive costs low enough to help flip the currently negative gross margin profile. There are myriad risks […] but over time we see opportunity for a large, attractive recurring revenue business,” contends Moldow.

Worthy of note, MoviePass just shot past 2 million subscribers. The analyst wagers the Netflix player of the movie theater market could reach 5 million this year and a whopping 12 million by 2022. It seems Hempleman has caught onto this rocket-fire momentum and wants a piece of the market action. 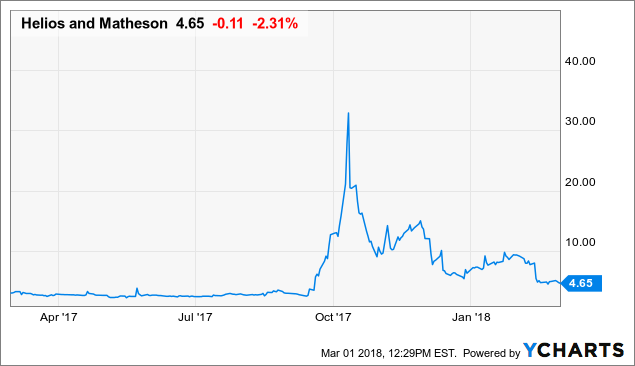 It is not only the tech-verse captivating Hempleman’s attention; biotech stock GW Pharma likewise enticed an initiation from the hedge fund manager in the last quarter. Hempleman opted to buy 8,000 shares in GWPH worth $1,056,000, perhaps pinpointing compelling value in the epilepsy arena.

Cowen analyst Phil Nadeau acknowledges that last month’s Phase IIa failure with epilepsy asset CBDV was certainly “disappointing,” but believes “most investors had a wait-and-see attitude” when it came to the treatment for adult patients with focal seizures anyway. This failure, in other words does not come to the shock of many on the Street- especially considering the study’s fairly “small” size.

True, GWP42006 could have offered “one possible means of extending GW’s epilepsy franchise,” but Nadeau was not expecting success here regardless. In general, “other strategies remain” and the analyst continues to bet on the company as “undervalued for Epidiolex’s potential in epilepsy.”

As such, the analyst reiterates an Outperform rating on GWPH stock with a $165 price target, which implies a 45% upside from where the shares last closed. (To watch Nadeau’s track record, click here)

For now, the GW team is seeking to uncover just why the primary cannabinoid never met its endpoint in the Phase IIa trial, where the placebo arm revealed a “dramatic reduction” in patient seizures- which casts a cloud over any potential impact of the treatment.

“Despite its preclinical data suggesting the potential for improved efficacy over CBD, most investors were interested in CBDV primarily as a means by which GW could extend the commercial life of its epilepsy franchise beyond the expiration of the orphan exclusivities for CBD,” writes Nadeau.

Ultimately, “While GWP42006 has taken a step backwards as a potential franchise extension strategy, other means remain to protect GW’s epilepsy franchise from competition. Most prominently, GW has been working to fortify the patents covering CBD in epilepsy […] GW is optimistic that a number of new patents will be allowed or published over the next few months, including some describing CBD’s synergistic drug-drug interactions in the treatment of epilepsy,” the analyst concludes.

With more than one iron in the fire, it seems that this Phase II failure will not leave too much of a dent in the company’s prospects- which means Hempleman’s initiation in the stock could still prove valuable.

TipRanks indicates a strong bullish backing for this biotech player. Unanimously, all 4 analysts polled in the last 3 months rate a Buy on GWPH stock. With a return potential of nearly 51%, the stock’s consensus target price stands at $171.33.