Refiners are playing games with refinery runs to make gasoline appear in less of a glut situation year over year. Gasoline inventories are still up 20 Million Barrels versus this time last year. So Oil is much higher than this time last year with 65 Million more Barrels of Oil in storage year over year, 20 million more in gasoline inventories, 5 Million more in Distillate stocks, and overall Petroleum and Oil Inventories not only at record highs but increasing each of the last three weeks. 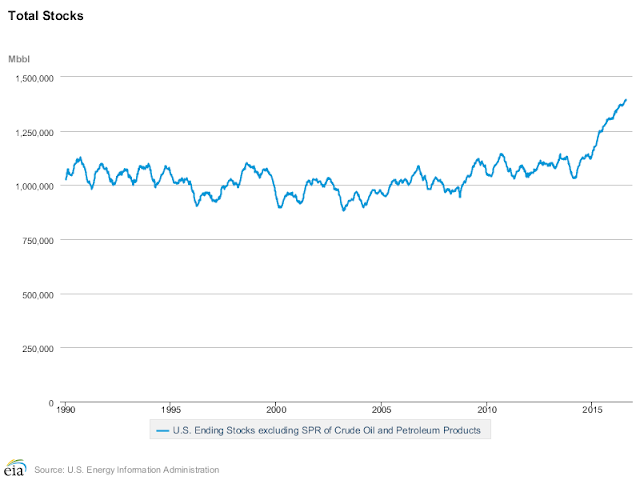 Furthermore, we have about 10 more days of the Summer Driving Season, and demand for Petroleum products is going to weaken during the soft part of the season as well as refiners going into maintenance mode. Lots of games being played in the refinery space to move gasoline prices up 32 cents in a couple of weeks when inventories are as dismal as ever all over the globe. 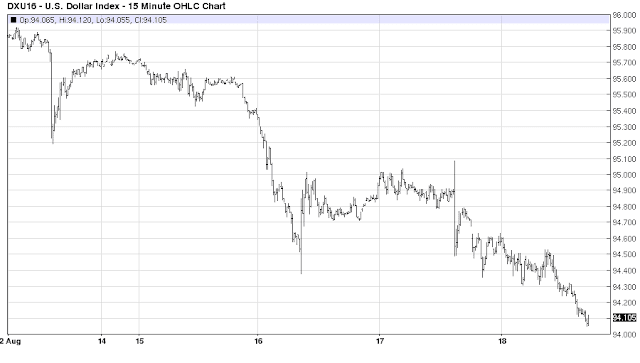 Throw in a potential rate hike announcement by Janet Yellen next week and the U.S. Dollar looks like an undervalued currency relative to its peers. I think the market is far too dovish on the Fed, market complacency regarding the lessening chance of rate hikes after the Fed minutes on Wednesday seems highly displaced in my opinion.