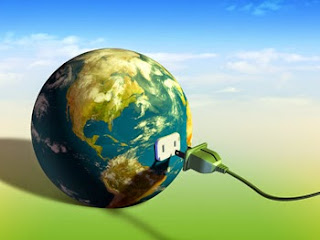 Oil prices are heavier today, paring yesterday's substantial (~6%) gain.  Those gains were fueled by the realization that an increase in Iranian oil exports is still several months off at best.  Citing increased demand, Saudi Arabia announced a reduced  discount to its Asian customers next month.
Other producers are expected to match suit.  At the same time, a slowing of US rig shutdowns, inventory builds, and an actual small decline in US output (week ending March 27) also encouraged ideas that a bottom in oil prices is being carved out.
Speculative positioning in the futures market (the reporting period through March 31) saw shorts cover almost 18k contracts (each contract is for 1000 barrels).  It was the second largest decline of the year and left 289.3k short contracts in speculative hands.   The gross longs added 2.4k contracts to 516k contracts.  Before prices began to plunge last July, the gross longs stood at 548k contracts.  They had fallen to almost 400k at the end of November and have been rising since then.
Genscape, a key provider of intelligence from the oil sector, reported yesterday that oil supplies at Cushing, Oklahoma, which is a key storage facility for the delivery of the futures contracts, fell between March 31 and April 3.  Tomorrow the government (EIA) will release its estimate.   The consensus expects oil stocks to have risen by 3 mln barrels. Some investment houses are forecasting US inventories and production to peak this month.
US oil stockpiles have increased by an about 86 mln barrels this year to 471 mln.  This has spurred speculation that storage capacity is being absorbed.  Rising prices for storage is a key way the scarcer resource is being allocated.
There is some risk that the surplus oil output morphs into a surplus of gasoline.  US refinery margins are thought to be the highest in a couple of years at just a little over $28 a barrel.  US refineries are finishing their seasonal maintenance and have added refining capacity.  Reportedly the refiners have been significant buyers of oil over the past couple of weeks.
The euro had been inversely correlated with the price of Brent in the Nov-Jan period (60-day rolling basis on percent change).  However, it turned positive and trended higher to briefly rise through 0.40 in the third week of March (two-year high), and currently is about 0.37.  Oil and the euro tend to be positive correlated.  It is not just because oil is priced and traded in dollars (for the most part), but also because the ECB's reaction function.  It targets headline inflation, which is frequently driven by oil prices.  It raised rates in 2008 and 2011 as oil prices appreciated while eurozone inflation was increasing.
The Norwegian krone is sensitive to swings in oil prices.  The percent change in the krone is positively correlated with the percent change in the price of Brent.  Over the past 60-days, the correlation is near 0.52.  This is the highest since since late-2011.   Last year, from March through early October it was negatively correlated for the first time in more than a decade.
The Canadian dollar is also sensitive to the changes in oil prices.  The correlation reached a 2-year high at the end of last year near 0.67.  It now stands just below 0.55.  It was inversely correlated for nearly the H1 14 for the first time in three years.  Bank of Canada officials warned that the impact of falling oil prices extends outside the oil patch.  The Bank of Canada surprised by cutting rates in January, and may feel compelled to cut rates again, perhaps as early as this month.
The correlation of the percent change in the Mexican peso (against the US dollar) and the percent change in oil is not as strong as one might expect.  The 60-day rolling correlation stands near 0.45 now.  This is essentially two-year highs.   The correlation was briefly inverse last April/May and a few weeks in August.
Research Report
analyst ratings
blogger opinions
investor sentiment
news sentiment
analyst ratings
insider activity
hedge funds
stats charts
You May Also Like