For years, the Iranian economy has been slowed thanks to crippling sanctions imposed by the international community designed to discourage Iran from pursuing its nuclear ambitions. On Tuesday, the Middle Eastern nation finally came to terms with international negotiators working on a long-anticipated treaty regarding giving up the development of nuclear weapons in exchange for lifting economic sanctions. 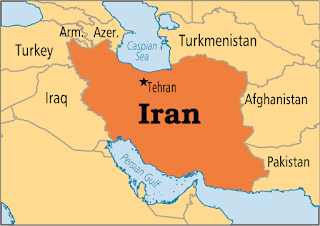 The economic implications of the deal could be enormous, but most economists believe it will take more than a year for the impact to trickle into the Iranian economy. Gulf News reports that the International Monetary Fund predicted Iranian GDP growth at around three percent for the current fiscal year. However, analysts predict that number will jump to six percent and beyond in the following two years thanks to the treaty. The jump will come on the back of expanded export opportunities, new private investments, and integration of the thriving black market into the mainstream market now that once embargoed goods and services become legally available.

The deal still needs to be ratified by both Iran and the US, which could take several months. Moreover, the deal also relies on stringent testing and verification procedures that could take some time to implement.

This historic agreement should open Iran’s economy to enormous growth and foreign investment opportunities. Once opened to investors, the economy will be one of the largest new markets for investment. Lifting the sanctions will also allow the Iranian authorities to restore oil production and exports.

Unfortunately, the thought of Iranian oil entering the market caused Crude-oil futures to fall. Iran has the world’s fourth-largest oil reserves. Thus, once the treaty is signed, Iran’s return to the global oil market could add to current oversupply, forcing oil prices down even further.

The Organization of the Petroleum Exporting Countries (OPEC) said in its monthly report on Monday that oil production by its member nation in June rose by 283,000 barrels a day. Meanwhile, the American Petroleum Institute should issue a report later today that two to three million barrels have been removed from the American stockpiles, which should support oil prices.

Many analysts remain optimistic that the long-term effect of Iran’s oil on the market will be fairly minimal. Those in this camp believe that by the time the Iranian production truly begins to impact the market, demand will have once again increased. Still, the new supply will most likely have at least some moderating effect on growth in oil prices over the next few years.