Abandoning a crude oil exports ban and introducing tax incentives for wind and solar power as part of a Congressional spending deal could become a powerful tool to strengthen the country’s energy security and exert US global influence.

The recent end to exports of crude oil came as a complete surprise to most observers. As part of a wider bipartisan budget agreement, the US House of Representatives and president Obama abolished the 40-year-old measure introduced by president Gerald Ford in 1975.

Much has changed since the early 1970s when Arab oil embargo brought the American economy to a standstill. Since 2010, the shale revolution has once again placed the US among the world’s largest oil producers, and as a consequence the key issue that bothers Americans today is not the lack of oil, but how to make the best out of this unexpected black windfall. 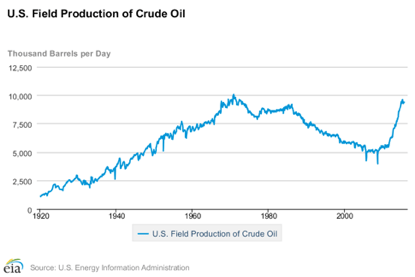 The battle between proponents and opponents of crude oil exports started when it became obvious that the US refining and transportation sector is unable to process excessive production from seven major shale plays.

The rush on Cushing, Oklahoma – the largest oil storage in the US and a hub for the West Texas Intermediate benchmark – overwhelmed the economy and caused unusual spread between domestic WTI and global Brent benchmark crude.

In practice, the US producers could not sell their products internationally, but were instead forced to sell to US refineries at lower prices. 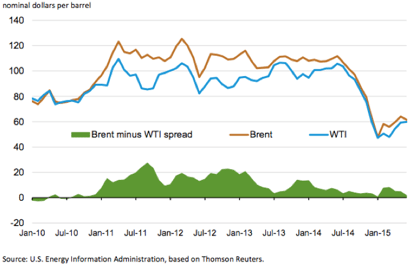 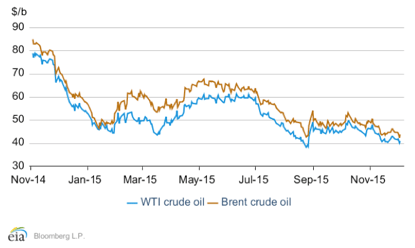 In the pre-2014 high price environment, the ban was a contentious issue for a reason. US oil producers were eager to start exporting their products globally, where prices were higher. At the opposite end of the spectrum was the refinery sector, which enjoyed high margins due to lower domestic crude prices and was able to export its products worldwide. The major issue for the Obama administration was the long-term effects on energy security and prices for domestic consumers.

The drastic fall in oil prices since June 2014 narrowed the gap between the counterparts.

The Saudi decision to create a global oil glut in November 2014 was primarily directed at damaging the non-OPEC high cost producers, and the US shale was the prime candidate. As a consequence, US shale was severely damaged, with both the unsustainably low oil prices, and the inability to compete in the international markets. Moreover, the recent EIA report concluded that unlimited exports would not have a significant impact on either crude oil or petrol prices as both are affected more by global supply and demand swings, rather than the export ban itself.

What might be the result of the lift? In the short-term it is probably insignificant, as the US producers currently do not have the major incentive to export to global markets already awash with oil.  In the longer term, however, the decision will have both economic and strategic impact.

It will primarily allow the US producers to compete in world markets, which will help to better regulate domestic and global supply and demand.

US shale oil mainly consists of light, sweet crude, whereas the majority of US refineries is still optimized for heavier, sour grades of crude. Greater flexibility in the free-market environment could be short-lived, but an important lifeline for battered US producers. Once oil prices start to rise again, shale production will inevitably pick up and the impact of unrestricted exports will come to its full effect. 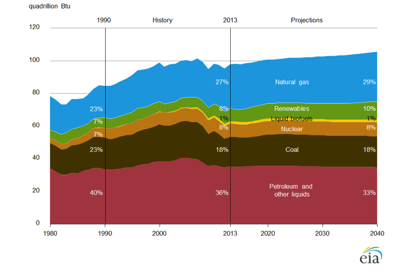 Apart from the obvious benefits for oil producers, the bipartisan deal will enhance energy security by giving significant tax incentives to wind and solar power, and help to exert US global influence by optimising the use of its overall energy resources.

Unlike OPEC producers with their largely non-diversified economies dependent on oil exports and high prices, the US might actually come out of the current low price environment as a double winner. Depressed oil prices without a doubt benefit the US economy, which should help to alleviate the negative impact on oil industry and assist in developing a sustainable low-carbon energy sector. As a result, the measure should reduce US dependency on oil in the long-term.

Strategically, newly found energy independency and unrestricted crude exports might affect America’s geopolitical links with the Middle East, in particular in the context of Saudi-Iranian rivalry in the region, but it can also act as a global stability buffer against potential supply disruptions in the more volatile oil-producing regions.