Semiconductor stock Micron Technology, Inc. (NASDAQ:MU) is poised for big success in 2018. While it is very unlikely that MU will be able to replicate the incredible 93% growth experienced in 2017, I would argue that it is still not too late for investors to make money from this top chip stock. And with share prices pulling back slightly from the $49.68 peak seen a couple of months ago, now is a compelling time to invest.

One reason for the dampened prices is the huge staggered share sale by Nanya Technology. Starting in December, Nanya has been selling 451,000 MU shares to repay its loans. So, while prices are still low, let’s dive in and take a closer look at just why this complex stock has the strength to overcome any expected short-term DRAM/NAND pricing headwinds:

We can see from TipRanks that the Street in general has a very bullish take on MU stock. In the last three months, Micron has received no less than 16 buy ratings with just 3 hold ratings- giving it a ‘Strong Buy’ analyst consensus rating. These analysts have an average price target on the stock of $59, indicating huge upside potential of 40% from the current share price. 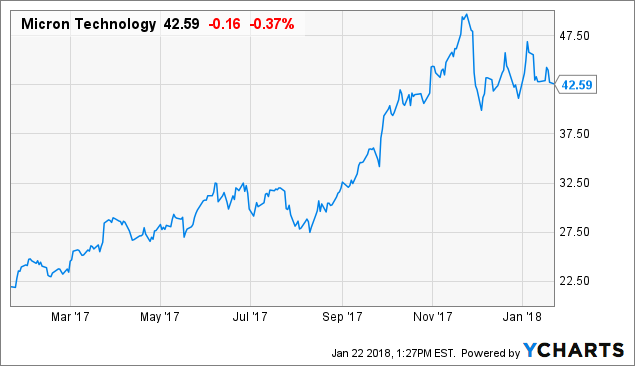