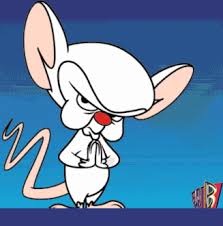 Some mild position squaring pressures are evident ahead of the weekend, and for many market participants the year is coming to an end.  Outside of the BOJ meeting next week, the calendar turns light and markets are moving into holiday mode.

The Dollar Index is seeing this week’s gains trimmed, but it is up nearly 1.4% this week.  Although the election has seen the dollar’s gains accelerate, the current leg up began in early October.  The Dollar Index has risen in eight of the past 11 weeks.

The euro recorded a 13-year low yesterday, just above $1.0365, but has remained above $1.04 today and reached edged through $1.0470 in the European morning before stalling.    At the same time as the euro recoups almost a cent of its losses, the US rate premium is also consolidating.  The US two-year premium rose this week above 200 bp for the first time since 2000.  The German two-year note is falling to new record lows today, but the US yield is also a little softer.  The 10-year premium of a little below 3.4%, is the widest since 1990.

The dollar is consolidating the gains that brought it to 10-month highs against the yen yesterday near JPY118.65.  Rate differentials have softened by a couple basis points, after the US premium rose to new multi-year highs.  The US two-year premium is a few basis points below the 1.46% seen yesterday, the most in nine years.  The 10-year premium is easing after reaching almost 2.52%, he most in eight years.  The yen is the weakest currency this week.  It fell 2.4% this week (@ ~JPY118.10).  It is the sixth consecutive weekly gain.  The dollar has risen in 10 of the past 12 weeks against the yen.

The news stream is light today.  The main reports have come from the euro area.  The final November CPI reading was unchanged from the preliminary of 0.6% on the headline and 0.8% on the core.  It is still lowflation, but deflation forces have been arrested, helped in no small measure by the doubling of oil prices over the past year.

The eurozone reported an October trade surplus of 19.7 bln euro, which was smaller than expected, but it is still substantial in absolute terms and relative to its own history.   Italy reported its figures today too.  Its 4.3 bln euro trade surplus is a little bigger than the average thus far this year, which compared with a 3.23 bln euro average in the first ten months of the year.

The press is reporting that the new caretaker government is prepared to inject as much as 15 bln euro into Monte Paschi and small Italian banks.  Italian bank shares slightly lower, which is paring the third consecutive weekly gain, during which time the bank shares index has risen by nearly 25%.  Recall Italian banks got crushed in H1 16, dropping nearly 60% before stabilizing in Q3 (+6.6%).  It was up 6.5% in Oct and November before surging this month.

More broadly, European bourses are paring this week’s gains.  The Dow Jones Stoxx 600 Index is off about 0.25% today to hold on to a 0.75% gain on the week.   It is the second consecutive weekly gain and the fifth advance in six weeks.  Year-to-date it is nursing a nearly 3% decline.  The MSCI Asia Pacific Index is up about 3.8% year-to-date. The Nikkei added almost 0.7% today to extend its advancing streak to the ninth session and sixth week.  Since the start of October, there have only been two weeks in which the Nikkei fell.

Greek tensions flared up this week, but appear to be subsiding into the weekend.  Greece’s 10-year bond yield rose 57 bp this week.  The confrontation revolves are the European finance ministers refusal to provide the debt relief that the IMF insists on and instead requires Greece to pursue a 3.5% primary budget surplus as far as the eye can see.  The IMF and many economists do not think that is realistic.  In lieu of debt relief, the IMF insists, though, that the only way make Greek debt sustainable is for deeper cuts in pensions.

For its part, Greece appears to have overshot is primary budget surplus this year and the Prime Minister immediately spent it.  Parliament today approved an extra pension payment.  The sales tax in some of the islands particularly hard hit by the refugee crisis was also reduced.  This has annoyed some of the creditors, though France appears to be more sympathetic.   The failure to secure debt relief and instead face demands for debt relief, this scenario won’t end well for Tsipras.  To minimize electoral losses, there is some thought that Tsipras may be quick to use extra budget savings to prepare for early elections. Tsipras’s Syriza is trailing in the polls, but the losses would arguably be larger over time.  Tsipras and Merkel will discuss these issues today.  Merkel, who is tacking right ahead of her fourth run at Chancellor next year, has little room to maneuver.

The US report November housing starts.  After October’s 25.5% surge, November will pull back.  On a trend basis, it has been a respectable year for US housing starts.  The 10-month average is about 1170k this year compared with 1097k in the first 10 months of 2015 and the best since 2008.  This is a roughly a 6.5% gain.  Permits will also be released and are expected to have slipped to snap a three-month modest advance.   A quiet North American session is expected.  Licker will be the first Fed official to speak since the FOMC’s decision.  He is speaking shortly after midday in Charlotte.  Yellen gives a commencement speech on Monday, but it is not the forum to expand on the FOMC statement or her press conference, which she rarely does in any event.